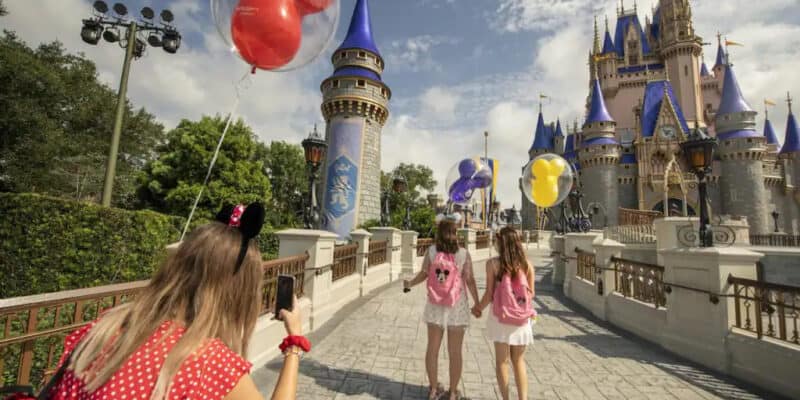 A dream vacation quickly became a nightmare for a family whose truck was stolen on a recent Disney World trip.

While Walt Disney World Resort is the Most Magical Place on Earth, a recent visit became an absolute nightmare for the McClendon family, who were left practically stranded in Orlando after their Ford F-250 pickup truck was stolen in the middle of the night from their hotel parking lot.

Ryan and Cassidy McClendon said they had decided to surprise their children and take them to Orlando for a few days to celebrate a birthday, but they were the ones surprised when they found their truck was gone when they were getting ready to go to Disney World.

Cassidy told Fox 35 Orlando, “Woke up the next morning to head out to go to Disney and the truck was missing, so we didn’t get to do anything. Stuck in the hotel room all day. Kids were very upset.” She added that Ryan was also severely struck by the news, “He was like where’s my truck? I can see it in his face. Pale. I thought he was gonna cry.”

The couple said their white 2007 Ford F-250 pickup truck was stolen from the parking lot at the Comfort Suites off Major Blvd., roughly 20 minutes from Disney World’s Magic Kingdom.

Related: Police Called to Disney World After Guest Claims They Were Inappropriately Filmed

The family also commented that their iPads, iWatches, and other electronic devices were stolen along with the truck and mentioned that all their devices were disconnected entirely by the time of the interview. As if the situation couldn’t get any worse.

The McClendon family said that one of the devices had pinged around Curry Ford Road the last time they had access to it and that they were waiting to hear from the Orlando Police Department, which is investigating the case, to see if they could retrieve their truck.

Unfortunately, the McClendons are not the only ones who have suffered a similar situation. “I’ve had a lot of people on Facebook where I put the post say the same thing’s happened to them,” commented Cassidy.

Related: Over a Dozen Families Robbed During Visit to Popular Theme Park

Cassidy told Fox 35 they were able to take the kids to Walt Disney World Resort the day after their truck was stolen but that the unfortunate incident put a damper on their vacation. “We’ve been trying to take the kids to Disney every year and this definitely hit hard,” she said.