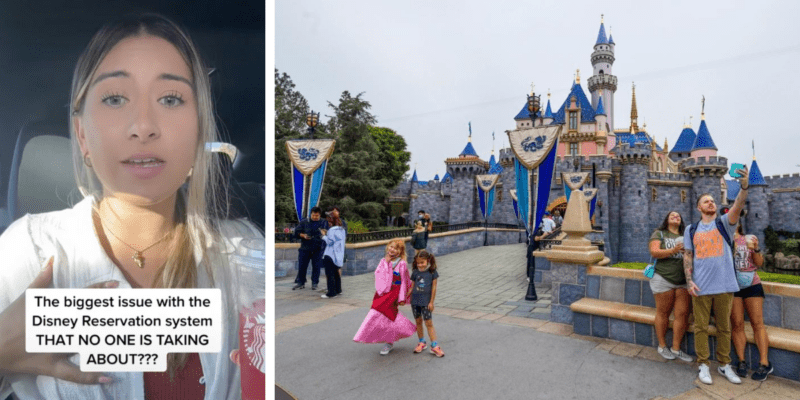 Coordinating a Disney Parks vacation can be complicated, especially in a big group! That’s why Disney offers the ability to link your reservation with everyone in your party as “Friends.”

“What I hate about this is that, usually, after I hang out with my friends or my family, I’ll unlink their tickets to give them their privacy,” Jessica explained. “But that doesn’t mean that they unlink from me, per se.”

Jessica said that friends had texted her out of the blue that they would meet her at Disneyland Park or Disney California Adventure after seeing her reservations, even though she was hanging out with someone else.

“Not that I don’t want to be around my friends or family, but sometimes you make plans with certain people, and the fact that everyone can start to see your plans when you link with them is so annoying,” Jessica said.

Jessica also said an ex-boyfriend regularly deleted her Park Pass reservations out of spite, even though she’d unlinked him from her account. Eventually, she visited Disneyland Guest Services and was able to remove herself from his account.

“I’ve had my friends call me crying because their boyfriend made a reservation without telling them, only to find out that they were going with their mom,” Jessica explained. “It’s just causing so much drama. I’ve seen friends get butthurt when other friends don’t invite them because they can see their reservations.”

However, Jessica said it’s awkward and even rude to ask someone to unlink from your account after a Disneyland Resort vacation. But she thinks Disneyland should limit what your “Friends” have access to – like plans that don’t involve them.

Commenters agreed, with many noting that it could be dangerous for an ex to have access to your Disney Parks plans, especially if you don’t realize they can still see them. One said her friends and family were using her Magic Key to get free parking and discounts without her, which can get you banned from Disneyland Resort.

“This is so problematic 😬😬😬,” @adorkablesammy wrote. “Disney needs to create a “unlink from all others” option or something.”

Do you think the Disney Parks should change this feature?