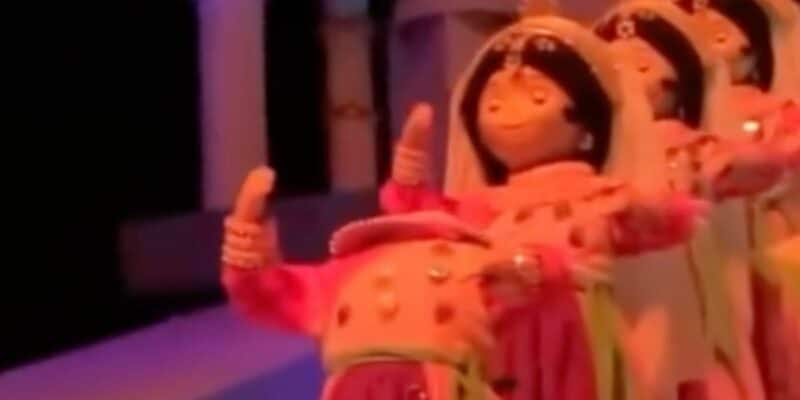 Guests were stunned while watching a headless Disney character continue to dance.

Related: Guests Seen Climbing All Over Disneyland Props and Decorations

While Walt Disney World features so many incredible rides, attractions, and experiences, there may not be a more iconic and classic Disney Park attraction than “it’s a small world.”

This slow-moving boat ride allows Guests to “Embark on a whimsical boat ride past a jubilant chorus of children from around the globe.” While some may love to hate it, there’s no denying how important “it’s a small world” is in the Disney Parks catalog of rides.

At Walt Disney World, the ride can be found at Fantasyland in the Magic Kingdom along with several other classic rides like Peter Pan’s Flight, the Seven Dwarves Mine Train, Mickey’s PhilharMagic Concert, and The Many Adventures of Winnie the Pooh, to name a few.

However, because of the ride’s age, there have been multiple issues reported, and recently, Guests had a very unique experience.

In the past few months, we have seen the ride breakdown due to maintenance issues, as well as entire boats starting to sink while Guests are on board.

Recently, the ride faced another issue, though this had to do with one of the animatronics. You can see the hilarious situation in the video below:

Related: Disneyland’s Indiana Jones Ride May be Returning Sooner Than You Think

As you can see, one of the animatronics lost its head at some point, making for quite a “unique” ride experience for Guests “lucky” enough to see it.

We aren’t sure what exactly happened to this animatronic, but we hope Disney fixes it soon!

For those who don’t know, Disney describes “it’s a small world” as follows:

Do you love or hate Disney’s “it’s a small world”?

Comments Off on Disney Animatronic Missing Its Head on Classic Attraction