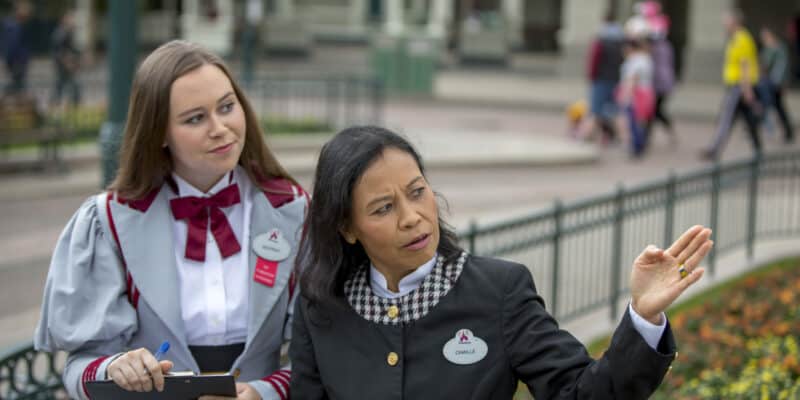 One Cast Member is going above and beyond to bring Disney magic to your home with exclusive items taken from a Disney Resort.

While Disney Parks worldwide are known for their iconic, timeless attractions, world-class entertainment, mouth-watering dining offerings, memorable character experiences, and immersive lands, none of these would be possible without the Cast Members in charge of every task required to make everything at the Parks run smoothly.

While Cast Members often go above and beyond to make every Guest’s visit a magical experience, one Cast Member was recently caught red-handed trying to bring Disney magic to your home by selling stolen Disney merchandise.

His friend is nice

While it is unclear if Cast Members have access to purchase these Disney Hotel Santa Fe decorations, the items are most likely exclusive to the Disney Hotel and not available for Cast Members nor Guests to buy, making it almost certain that either the seller or their “friend” stole it from the hotel.

DLP Rescue Rangers (@DLPRescueRanger) quoted the tweet above, asking their followers if they were the type of Guest that takes soaps and shower gels as souvenirs while staying at a Disney hotel or the one that takes everything they can fit in their luggage to resell it.

When you stay in a Disney hotel, are you more the type to bring back soaps and mini shower gels as souvenirs, or to take everything that can fit in your suitcase to resell it on Vinted?

While the item could be appealing to fans of the Cars franchise, it is important to note that taking items from the Disney hotels, like decorations, bedding, electronics, etc., is not permitted and could result in severe consequences if Guests or Cast Members are caught engaging in this behavior.

We urge our readers to be aware of the different rules and regulations set out by Disney Parks in advance of their arrival, as failing to comply with them may result in severe consequences. If you are unaware of whether something is or is not allowed, you can always ask a nearby Cast Member. You can review the official Disneyland Paris rules here.