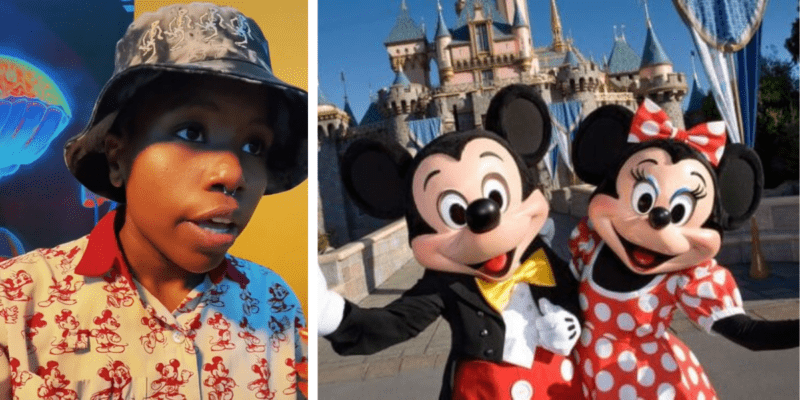 Disney Cast Members make the magic happen at Disneyland Resort and Walt Disney World Resort. Walt Disney once said, “You can design and create and build the most wonderful place in the world. But it takes people to make the dream a reality.”

Sadly, as the cost of a Disney Parks vacation increases, many Guests feel more stressed and even entitled. Many Disney Cast Members have spoken out about rude behavior from Guests and poor pay/benefits from The Walt Disney Company.

Cherish Sally (@cherishsally) spoke out about a negative experience while working at Disneyland Park on TikTok, begging Guests to be kind and listen to Disney Cast Members:

Cherish was working a 12-hour shift in Entertainment at the Town Square at Disneyland Park, wearing a button that read: “Ask me about characters.” Though she didn’t want to describe the encounter explicitly, it seems that a Guest asked about the line for a Minnie Mouse meet and greet.

“I could probably say this was the most intense, rude, overwhelming shift I’ve had in years,” Cherish said. “Please listen to Cast Members… If they tell you something, they mean it. It’s not a bluff.”

“I was yelled at today, cussed out at, called a racial slur, and probably got reported,” Cherish explained. “I didn’t do anything wrong. All because someone would not go in line to meet Minnie Mouse when the line was open.”

“I don’t care how much you paid to go to Disneyland,” Cherish pleaded. “I don’t even get paid enough to work at Disneyland. Guests like that are the reason why people quit every day, and as we get into the holiday season, it’s only going to get worse.”