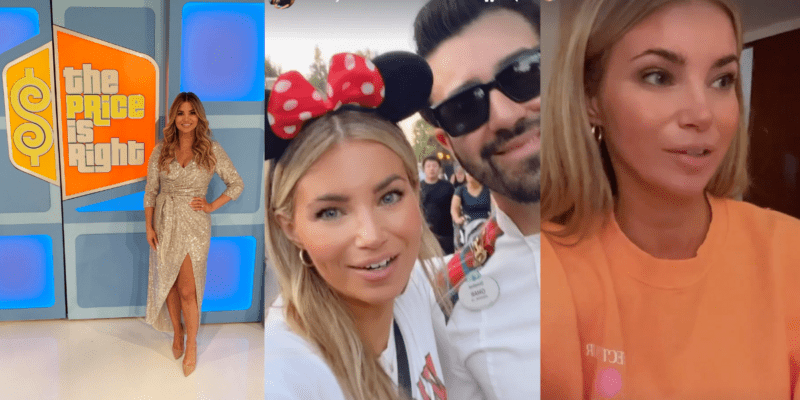 Amber Lancaster is best known for her modeling work alongside Drew Carey on CBS’s The Price is Right and her role as Jenny Swanson on MTV’s The Hard Times of RJ Berger. But last week, she briefly became a major figure in the Disney Parks fan community.

Related: Can a Disney VIP Tour Get You Priority Access to Star Wars: Galaxy’s Edge Attractions?

Lancaster visited Disneyland Resort with her family and decided to book a VIP tour that, in her words, cost “a small fortune.” (In an Instagram story, she later revealed the family spent $600 an hour for a seven-hour tour.)

The Los Angeles model admitted to not knowing as much about Disneyland Park, Downtown Disney, and Disney California Adventure as the average Disney Parks fan but said she expected the VIP tour to make her family’s experience more manageable.

Lancaster archived her experience in a “Disney” highlight on her Instagram profile, which you can view here. She said she had to ask her manager to contact Disneyland Guest Services and demand their VIP Tour Guide be switched after the first made them wait in the Lightning Lane queues instead of going through the exit for rides, didn’t help them order food, and didn’t take them to the front of a character meet and greet.

“Not one single thing that we did in those first three hours when we were with her was VIP,” Lancaster explained. “We stood in line for everything… Even when we checked in, from the second I saw her, I just had a feeling. I know that’s weird. I think it’s just my psychic abilities, but I just knew.”

Lancaster said the VIP Tour Guide didn’t inform them that they’d need to use the Disneyland Resort app to scan their tickets and order food at quick-service restaurants. She claimed the guide forgot to give them their VIP Tour Pins and said all the promised dining reservations were already booked up when the family asked.

After another Disney Cast Member, Omar, replaced her VIP Tour Guide, Lancaster said the experience was “worth every penny.” Omar took the family on rides that didn’t have Lightning Lane queues, so they could walk through the exit, and got the family one-on-one time with multiple Disney characters without a wait. He pushed the family’s stroller and took care of food orders.

Lancaster said she wouldn’t pay for a VIP Tour to go on Lightning Lane rides, but it was worth it for Fantasyland attractions, parade views, and character meet-and-greets. Ultimately, she requested a partial refund from the Disney Park for the hours her family spent with the initial tour guide.

As of Friday, Lancaster received a refund for four hours of her VIP tour from Disney after emailing three times. “Disney does live up to their reputation of amazing customer service,” she said in another Instagram story.

What do you think about VIP Tours at Disneyland and Walt Disney World Resort?