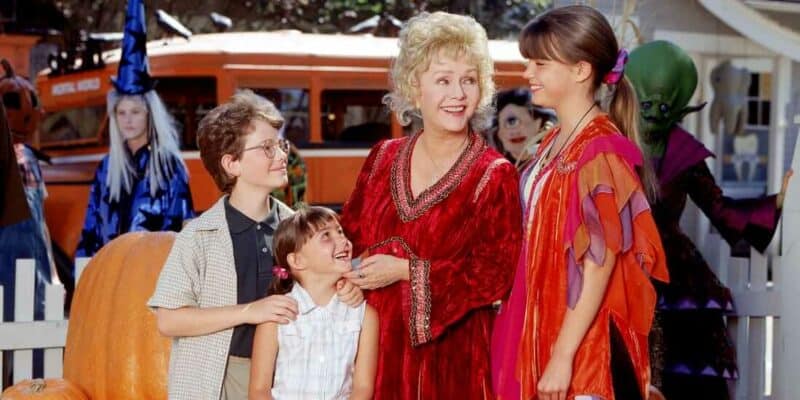 Do you love the Halloweentown series? 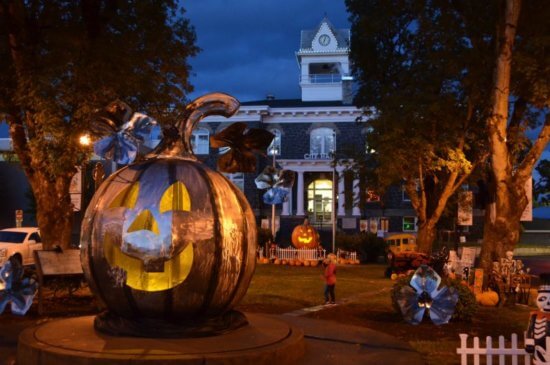 This charmingly spooky series has become a cult classic for the Halloween season over the years. Its family-friendly scares, charismatic cast, and small-town charm have lent to the Disney Channel Original Movie (DCOM) franchise earning its fair share of loyal supporters. It’s not on the same level as even Halloween Ends (2022) per se — but it exists in that “festively fun Halloween romp” category, not unlike Hocus Pocus (and its recently released sequel, Hocus Pocus 2).

Some might even argue that this franchise houses some of the best Halloween movies put out by the Disney Channel, and even quintessential viewing for anyone checking out classic DCOMs.

It is well known by now that Disney has been shifting their focus from traditional television offerings on cable channels such as the once wildly popular Disney Channel, onto their new golden goose, the streaming platform Disney+.

Now, let’s take a look back at these beloved Halloween DCOMs that take us to the endearing universe of Halloweentown — and the quirky Cromwell family. Here’s all the Halloweentown movies ranked!

Every Halloweentown movie ranked from worst to best

We’re starting off with… easily the most disliked film of the Halloweentown franchise.

Arguably, this almost universally disliked of the movie series, the disdain for Return to Halloweentown could be largely attributed to the baffling (re)casting choice of the main lead, teen witch Marnie Piper.

Now having grown up into basically a young adult witch, Marnie Piper is no longer played by the (iconic) Kimberly J. Brown from previous films in the franchise, but Sara Paxton, another young actress from the era with prior “teen movie” and Disney Channel credits to her name. This isn’t to say that Paxton doesn’t do a good job acting — but merely that the role had already felt so tied to the original actress, audiences having watched her grow up with the character since the ’90s.

In this film, Marnie Piper and brother Dylan Piper (J. Paul Zimmerman) are old enough to attend Witch University over in Halloweentown, and they uncover a devious plot to destroy the town (or is it more of a “world”?). A mysterious MacGuffin called the “Gift” and secrets hidden within the school itself (very Hogwarts) and within the Cromwell family line threaten everything.

Splendora Agatha Cromwell AKA Grandma Aggie Cromwell is still played by the lovely Debbie Reynolds, as was then rising Disney Channel star Lucas Grabeel reprising his role as Ethan Dalloway (yes, of High School Musical fame), along with Judith Hoag as Gwen Piper, the kids’ mother.

Overall, it stands up… okay. But as a Halloweentown entry? It’s simply the least “Halloweentown” of the lot.

Kalabar’s Revenge is a decent entry in the Halloweentown series — it just doesn’t stand out as much as it could!

No, not Halloween II, but Halloweentown II — an almost paint-by-numbers sequel (still, in a charming way) takes audiences back to Halloweentown — this time as a revenge plot unfolds unbeknownst to our leads.

Kalabar, the once-mayor of Halloweentown (and once-wooer of Marnie and Dylan’s mother Gwen Piper), was defeated at the last movie. So naturally, it’s time that son Kal (Daniel Kountz) attempts to exact some sort of vengeance. It is in the title!

Generally speaking, it’s still fun, and still set in sweet old Halloweentown. Will you likely see the twist coming from a mile away? Is Kalabar’s son literally named Kal?

Well, yes. But is it still a good time? Absolutely.

Did the actress for Marnie Piper, Kimberly J. Brown also end up in a serious relationship and engaged with the actor for Kal in real life? Also, yes!

The third of the Halloweentown franchise takes second place!

Often touted as a fine entry in the Halloweentown canon, this film did a lot to expand the worldbuilding and universe of the Halloweentown world — ironically though most of the show takes place in the “mortal world” — by showing us a real close-up look at the magical denizens and their own life stories.

Halloweentown High takes place with a fully teen-aged Marnie Piper, still played by Kimberly J. Brown in her final stint in the role, and follows her exploits as she manages to convince the Halloweentown Council to approve a school trip of magical high school students to a mortal high school — betting all of the Cromwell family’s magic on its success.

A plot unfolds featuring an order of knights hell-bent on eliminating magic and its users, and hijinks as magical Halloweentown residents attempt to fit into the mortal world. Teen drama also unfolds, and an ultimate fight for the Cromwell’s magic takes place with Debbie Reynolds’ Grandma Aggie and Brown’s Marnie Piper at a school Halloween carnival, with a portal to Halloweentown in the mortal world remaining permanently open by the end.

Overall it’s a fun Halloween movie, with a more “high school” leaning story compared to others in the franchise. The main reason it doesn’t feel as strong as other films? Perhaps the fact that it’s a Halloweentown movie mostly not set in, well, Halloweentown itself — but it does hold up.

There’s not much more to say about this, because if you’re reading this article you’ve likely watched (and enjoyed) this Halloween tale!

The original Halloweentown takes first place because it simply writhes in charming, small town, Halloween camp. An iconic town center is home to that giant pumpkin Jack O’ Lantern in the middle of the square, (yes, it’s all based on a real town) with Halloweentown residents going about their day in their enchantingly cheap, store-bought Halloween costumes and masks. But it’s because of the sheer earnestness of it all that this film is so loved — a simple but effective plot follows a young Marnie Piper uncovering the secret of her eccentric Grandma Aggie, lovingly portrayed by the late Debbie Reynolds — who’s actually a witch! — while practical, mortal-life-embracing mother Gwen Piper shakes her head in perpetual disdain.

The children Marnie and Dylan Piper follow Aggie to Halloweentown, and are immediately embroiled in a small-town drama involving the Halloweentown Mayor, Kalabar, and the quirky residents like Benny (Rino Romano), the wise-cracking skeleton cab driver, in the adorable suburb where it’s Halloween every day of the year. Reynolds carries the film with her loving portrayal of Aggie, while whip-smart Marnie discovers a whole new spooky world.

Overall, the Halloweentown movies hold up in that exceedingly endearing way that old DCOMs do — plus a little bit of a genuine, unique sparkle — it doesn’t need high quality special effects, CGI or “realism” to remain something fun for the whole family during a Halloween season often full of straight-up horror properties.

What is your personal ranking of the Halloweentown movies? Do you agree with our list? Share your thoughts in the comments below!

Comments Off on All The ‘Halloweentown’ Movies, Ranked!