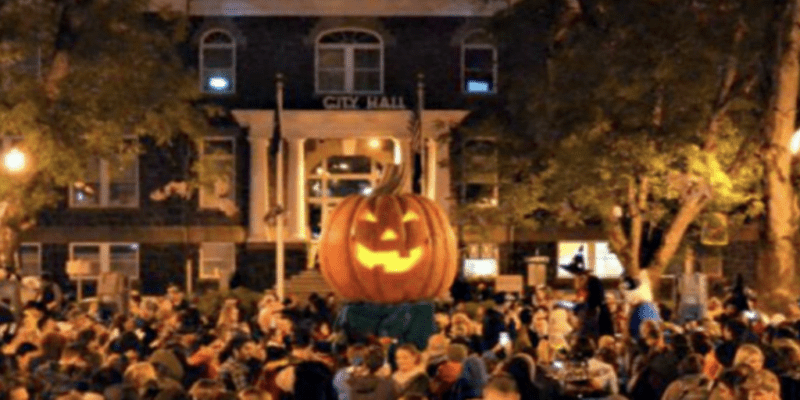 Credit: Screenshot via Spirit of Halloweentown

The real Halloweentown is in St. Helens, OR.

Every year from mid-September to the end of October, the town of St. Helens, OR transforms into the real-life Halloweentown. In 1998, St. Helens was used as a backdrop for the Disney channel Halloween classic “Halloweentown.”

Every year since, the town transforms their Riverfront District into the Real Halloweentown. This month and a half long event attracts tens of thousands of people to their small town. Fans of the movie show up every year in hopes of catching a glimpse of their favorite characters and to see the towns and shops that were in the actual movie.

The director of Halloweentown, Duwayne Dunham stumbled on the location. He absolutely fell in love with it because of how easy it was to film in. He called it, “basically an abandoned town” that was an “ideal place” for the film. Dunham also fell in love with the color scheme of St. Helens, and admits they got lucky, seeing as how the film budget was so small.

Kimberly J. Brown remembers it fondly to this day, saying, “it was the perfect location, with a town square and everything.” The cast and crew absolutely loved it there, because it really felt like stepping into another world.

There’s something going on every weekend during the Spirit of Halloweentown. There are mermaids and mazes. Pumpkin patches and haunted houses. There’s also special attractions such as Sand Island Adventure Water Taxi and Hunt and a train. For an extra cost, you can take a spooky shuttle ride to pizza, hear ghost stories, go on a scavenger hunt, and even a mini excursion.

Have you ever been to the Real Halloweentown, or is it on your bucket list? Let us know in the comments!