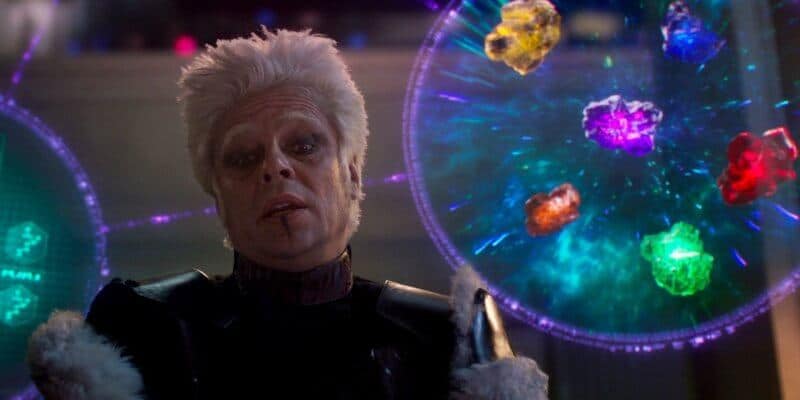 shopDisney has announced the full lineup of exclusive Marvel collectible replicas with their respective release date, and we can’t wait to add them all to our collection.

The Marvel Cinematic Universe continues to take Disney by storm, bringing new offerings for fans to enjoy. With Avengers Campus in Disney California Adventure at Disneyland Resort welcoming the strongest Avenger for a larger-than-life meet and greet opportunity and a new playlist coming to Guardians of the Galaxy: Cosmic Rewind for the holiday season at EPCOT, it is clear that the latest Marvel-inspired additions to Disney Parks are a must-do for every MCU fan.

Earlier this month, shopDisney announced the release of a new collectible line of highly detailed replicas from the MCU’s Infinity Saga relics, starting with the release of the Tessaract, which has made several appearances in the MCU, the latest being Loki (2021), followed by Loki’s Scepter, The Aether Container, The Orb, and The Eye of Agamotto.

While no release dates were initially announced for the latter items, shopDisney continues to bring these exclusive Marvel collectibles closer to MCU fans, as the entire lineup is now scheduled to release weekly on the website.

shopDisney (@shopDisney) announced that the third relic, The Aether Container, would release tomorrow, September 28, at 7 am PT.

The third replica from the Infinity Saga premieres tomorrow at 7 a.m. PT.
http://di.sn/6010MkLAQ

The third replica from the Infinity Saga premieres tomorrow at 7 a.m. PT.https://t.co/RZF00MOAiM pic.twitter.com/apCMxGl01F

As of this article’s publishing, the two previous relics — the Tessaract and Loki’s Scepter —are still available on shopDisney under the Marvel Collectibles section. The two remaining relics — The Orb and The Eye of Agamotto — will be released on October 5 and 12, respectively, per Disney.

The Nano Gauntlet will become available on October 19, including all six infinity stones. The Soul Stone can exclusively be acquired with the Gauntlet. Every other relic includes its respective infinity stone for fans to collect.

Even Taneleer Tivan, the Collector, will be jealous of Marvel fans after they add the Infinity Saga relics to their collection. But hurry, these items will surely sell out fast on shopDisney.

Will you be adding the Infinity Saga relics to your Marvel collection? Let us know in the comments below!