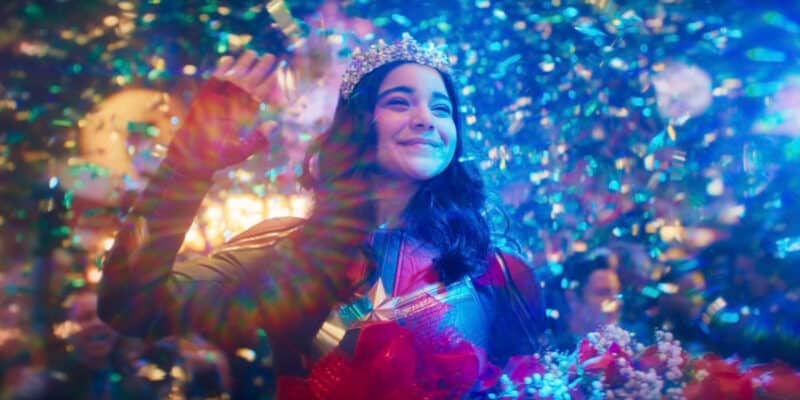 Amid the popularity of Ms. Marvel on Disney+, Muslims only make up 1% of television characters, a new report from the University of Southern California’s Annenberg Inclusion Initiative finds. The study’s lead author, Stacy Smith, spoke to Rowaida Abdelaziz from The Huffington Post.

Muslims make up 25% of the global population, but Smith said content creators and casting directors “have no imagination.” Smith’s study analyzed 200 top-rated television shows from the United States, the United Kingdom, Australia, and New Zealand from 2018 to 2019.

“This is people being lazy with a group of people that routinely are being dehumanized as either perpetrators or victims of violence, or with disparaging comments,” Smith said. She is concerned that these storylines can lead to real-life fear and violence.

Related: Superhero Roster Continues to Grow at Avengers Campus With the Arrival of Ms. Marvel

Muslim women most frequently faced violence and distress on screen – though 70% of Muslim characters were men. One of the authors of the study, Al-Baab Khan, explained:

“We didn’t see them really leading their own storylines or showing them in empowering roles — which, again, creates this light that Muslim women cannot be leaders and they cannot be empowered.”

Considering the booming popularity of Ms. Marvel and praise for its representation of a Pakistani-American family, it seems audiences are eager for more Muslim representation on screen.

Kamala Khan, a teenager growing up in Jersey City and mega fan of the Avengers, feels a little out of place at school and sometimes even at home. She is determined to attend AvengerCon, even if her parents won’t allow it. But what starts off as a Captain Marvel cosplay competition takes an unexpected turn – is she becoming one of the super heroes she’s always looked up to?

Did you enjoy Ms. Marvel?