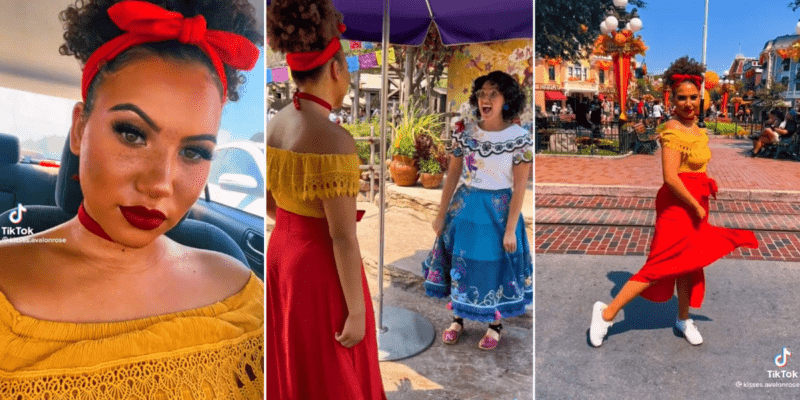 One Guest lived a recent visit to Disneyland in fear after nearly getting kicked out of the Park due to her clothes.

Disneyland is home to so many magical experiences for the young and the young at heart. From timeless attractions to world-class entertainment offerings, mouth-watering dining options, breathtaking locations, highly immersive themed lands, and, of course, interactions with beloved characters from Disney, Pixar, Marvel, and Star Wars. With so much to see and do, it’s no wonder that Disneyland in California is the Happiest Place on Earth.

However, one Guest recently shared her experience during a visit that ended up being more nerve-wracking than fun.

Avalon Rose (@kisses.avalonrose) posted a video on her TikTok account sharing her experience during a visit to the Disney Parks in California, commenting that she constantly felt like she would get in trouble and might even get kicked out of the Park due to her clothing.

Avalon decided to visit the Happiest Place on Earth Disney bounding as Dolores, from Encanto (2021), without wearing anything particularly striking, just an outfit inspired by the character. However, she started getting nervous when kids started trying to take pictures with her, as Guests thought she was actually Dolores. She commented that she was getting stares and compliments, “which is nice,” but added she was afraid of getting in trouble at the Park.

Avalon tried to avoid any areas where she might be confused by Dolores during the rest of her visit, including Star Wars: Galaxy’s Edge and Avengers Campus, but couldn’t ignore the chance to meet Mirabel in Disneyland. She added that more people kept trying to take pictures with her and that kids started yelling at her, “Dolores! Dolores!” but that she made sure to mention that she wasn’t actually Dolores.

While Avalon had a great attitude all day and made it clear to other Guests that she was not Dolores, she commented that she felt it wasn’t safe to stay in the Parks any longer, as she wouldn’t want to risk getting kicked out or banned.

Avalon didn’t get in trouble during her visit, but considering the rules and regulations set by Disney, her worries were completely understandable, especially since she added in her video’s caption that Cast Members approached her throughout the day.

Disney Parks don’t allow Guests 14 years or older to wear costumes for several reasons, including their safety and to prevent any misunderstandings at the Parks. Per Disney:

Have you ever worn a Disney bound to the Parks? Let us know in the comments below!