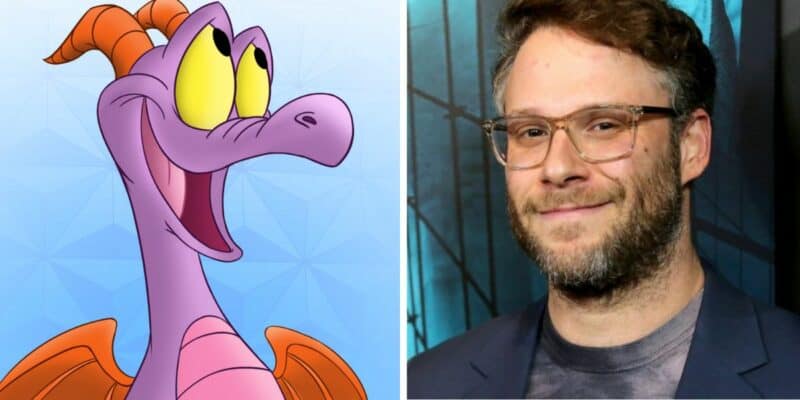 A movie about the lovable dragon (?) is in the works at Disney Deadline has learned!

Figment has been an iconic character at EPCOT in Walt Disney World Resort since the Disney Park’s opening. The beloved character has his own ride in Journey Into Imagination With Figment at EPCOT and, earlier this year, a Figment Popcorn Bucket absolutely took the World of Disney by storm.

Figment of course, serves as EPCOT’s mascot, residing in the Imagination Pavillion in the Park. But we just got word that the character will be headlining his own feature film!

Rogen and his producing partners Evan Goldberg and James Weaver have released various TV and film projects under their Point Grey banner, including Hulu’s Pam & Tommy, Amazon’s The Boys and The Boys Presents: Diabolical, as well as This Is The End (2013), The Interview (2014), The Disaster Artist (2017), and An American Pickle (2020).

We’ve been itching for a movie based on the iconic character for a while now, and we still can’t believe it’s actually happening!

As we mentioned, Figment has his own attraction at EPCOT. Walt Disney World’s description of Journey Into Imagination with Figment at EPCOT reads:

The Institute’s beleaguered chairman Dr. Nigel Channing (played by Eric Idle) sets out to prove how the 5 senses capture the imagination—but he’s upstaged by the mischievous Figment! Prepare for surprises galore as you travel through a series of vivid, whimsical sensory labs. Learn about all 5 senses as Figment turns the lab upside down and causes quite a stink in the Smell Lab. Let your imagination run wild on this marvelous, madcap musical adventure!