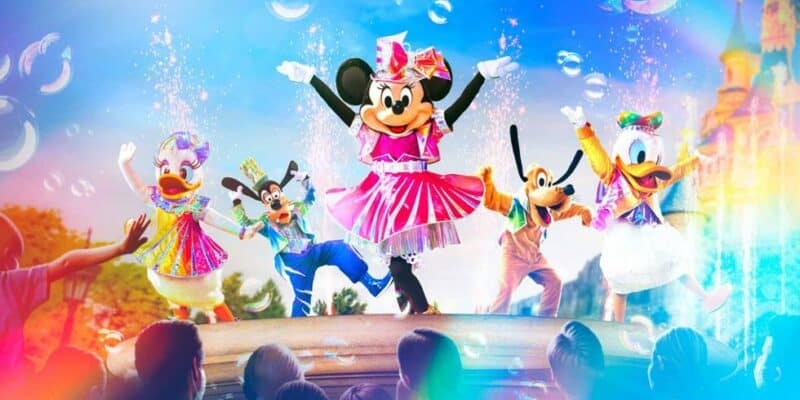 As Disneyland Paris continues to celebrate its 30th anniversary, the Resort has been undergoing significant changes aesthetically. In conjunction with the changes, the Park has continued to implement large-scale projects focusing on renewable energy.

The Resort added the first section of its solar canopy plant recently, which will generate 10 GWh to supply the Park per year, which is the equivalent to the annual energy consumption of a city of 4800 inhabitants.

The solar canopy plant is being developed through a co-investment with French company Urbasolar and started being built in the fall of 2020. It is projected to supply the Resort with 36 GWh/year by 2023, equivalent to the annual energy consumption of a city with 17,400 inhabitants, contributing to the reduction of Val d’Europe local territory greenhouse gas (GHG) emissions by approximately 890 tons of CO2 per year.

In another effort to be more eco-friendly, Disneyland Paris turned off its gas lamps as a way to be more environmentally friendly. This was shown by a Guest visiting the Resort who shared an image on Reddit, a popular social media website.

As you can see, the previously used gas lamps are now shut off as a way to save energy and not produce as much pollution in the Park.