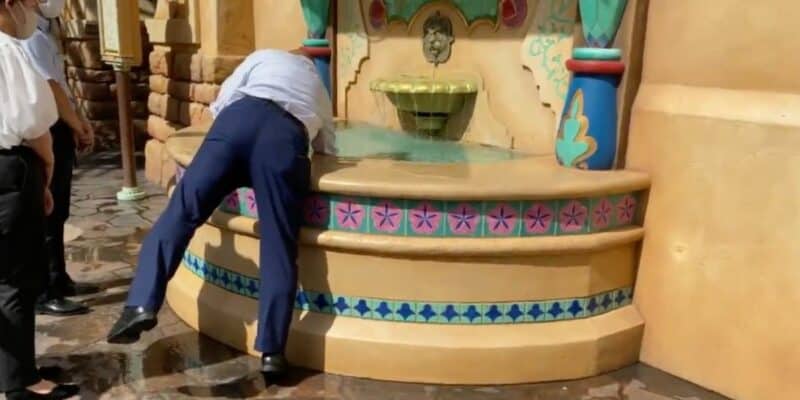 There are so many things going on across Disney Resorts that it can sometimes be hard to keep up with. At Tokyo Disney, a massive expansion is taking place, one that will feature many of Disney’s most popular franchises.

Quite possibly one of Disney’s most ambitious projects yet, With Fantasy Springs, Disney’s animated feature, Frozen, will come to life in an area designed to look just like Anna and Elsa’s Arendelle. This will be similar to the Frozen expansion that is currently underway at Disneyland Paris.

Tokyo DisneySea’s Fantasy Springs is set to debut in 2023. These 3D models will get any Disney fan excited, and we are looking forward to many more announcements regarding this gorgeous new DisneySea area!

It is important to note that Tokyo Disney Resort recently loosened its mask requirements, allowing Guests to go maskless while distanced outdoors and for indoor photographs.

In 2020, Japan announced a limited entry policy. Visitors are no longer forced to quarantine upon arrival; they must show proof of a negative COVID-19 test, obtain a visa, and travel with a tour guide while visiting Japan.

Things are going quite smooth over at the international Park, one that many regard as the best Disney’s best Resort ever. However, sometimes issues can pop up in the most unexpected moments, which is exactly what happened recently. In the video linked below, you will see Cast Members rushing to fix what we presume to be a busted water fountain at the DisneySea Park:

Panic at the jasmine fountain

As you can see, the “Jasmine Fountain” was not working properly, and water was spilling all across the walkway. Cast Members were reaching down into the fountain to try and fix the problem. We are unsure if they ever resolved the issue, but we are more than trusting of Disney’s great Cast Members.