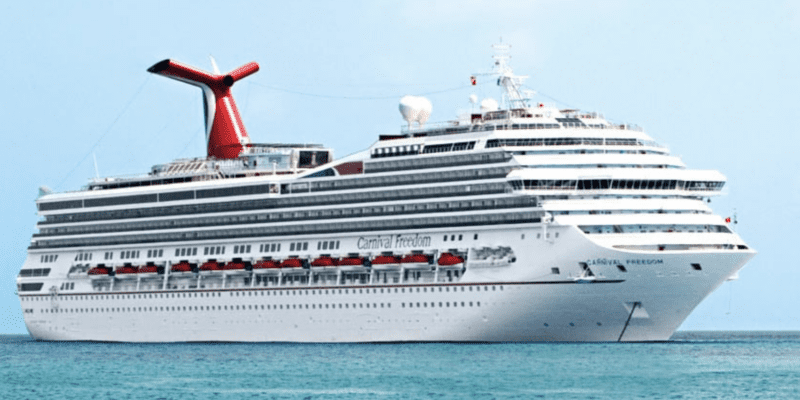 Carnival Cruise Line is in some hot water again, this time due to a performer with a racist act.

A video is going viral after Pamela Frilot, a Guest on board a Carnival Cruise ship, claims that one of the stand-up comedians started using racial slurs. It is unclear what ship this incident took place on at this time.

The original video is linked below, but the audio was removed due to TikTok’s guidelines:

Get me off this ship!!

Frilot followed that video up with another, this time with sound. The following video shows the comedian calling out those offended by his act, telling them to simply leave if they do not like it:

These two videos sent social media ablaze, with the two videos sitting at a combined half a million views less than a day after they were posted.

Following the videos going viral, people started to tag the official Carnival Cruise Line Tweitter account with the video, asking for the comedian to be removed and/or fired.

Carnival Cruise Line stated that the comedian had been fired from that voyage and would not be welcomed on any further Carnival Cruises. The full statement can be found below:

We do not tolerate this language or behavior. The person in question will no longer be welcome on Carnival ships and the rest of his scheduled appearances have been cancelled.

This comes just days after Carnival Cruise Line went viral after a massive fight broke out between Guests. Some reported that at least 40 different passengers got involved in the fistfight, which included punching, kicking, and slapping.

In one of the videos, a woman off camera shouts, “That’s a b-tch-as- move.” A man wearing a lanyard who appears to be an employee attempts to tone down the violence but is eventually overwhelmed. Several passengers started to record the fight as it went on, sharing the videos on social media.

This is a developing story, stay tuned for more information.