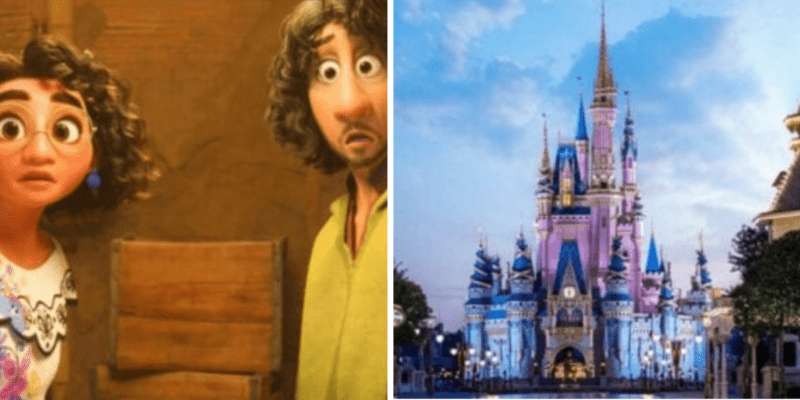 Encanto (2021) has absolutely taken the world by storm, and this has led Disney fans to ask one simple question: When is an Encanto ride coming to the Disney Parks?

In a recent interview with The Hollywood Reporter, Disney CEO Bob Chapek was asked if he thought the company can launch a franchise — that thing that turns into a theme park attraction — on a streaming service, like Disney+. Chapek’s comments may have turned some heads.

“Absolutely. We fully believe that. We’ve had titles in the past that, frankly, we put out in theatrical exhibition world [like] Encanto. It was a modest success theatrically and then we put it into Disney+ and it shot up to No. 1. I don’t have to tell you the phenomenon it became from a merchandise standpoint and from a music standpoint and how many more people saw it on Disney+.”

While Chapek didn’t completely confirm in these comments that a ride is coming based on the movie, what he did do is compare Encanto to being a franchise strong enough to have its own attraction or even land at Walt Disney World Resort or Disneyland Resort.

Lin-Manuel Miranda, the creator of the beloved Encanto soundtrack, shared that Disney Imagineers are currently in the midst of developing an attraction for Disney Park Guests to enjoy, more on that here.

You can currently see Mirabel at the Disney Adventure Friends Cavalcade at Magic Kingdom and can meet her in Frontierland in Magic Kingdom. Over at Disneyland Resort, Mirabel can be found at Disney California Adventure. This offering is subject to change and can vary based on the day.

Do you want an Encanto ride at Disney World or Disneyland? Let us know in the comments!