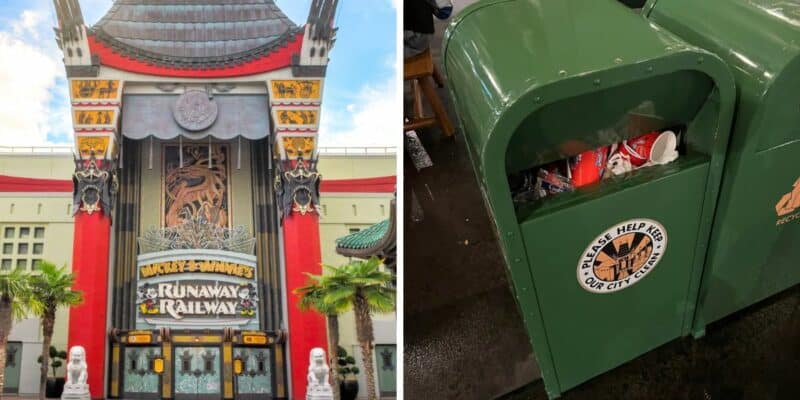 Ever since the pandemic began, some feel that Guests visiting the Most Magical Place on Earth and not being magical, or respectful to others.

We have also seen many complain about the cleanliness of the Parks overall, saying that Disney has dropped the ball and have not been cleaning up aspects of the theme park as they were doing prior to the pandemic.

You may not realize this but one of the best things about Disney is that you never have to walk more than 30 feet to reach a garbage can. The idea of having trash cans 30 feet apart was something that Walt Disney himself thought of and implemented.

The reason for 30 feet specifically is that Disney tested a theory of how long it would take for one person to finish a hot dog, and he finished it within 30 feet. This was implemented in the Disney Parks to ensure that they were never dirty or filled with garbage.

Unfortunately, despite having garbage cans 30 feet apart, the upkeep in the Disney Parks is something that many Guests have been complaining about.

Related: Disney’s Cleanliness Is Seemingly Below Standards, Guests Speak Out

In the photo above sent to Inside the Magic by an anonymous reader, we can see that this overflowing trash issue continues as this garbage can couldn’t even close the lid due to the amount of trash inside the can. The trash can was located at Rosie’s All-American Cafe at Disney’s Hollywood Studios.

How do you feel about the upkeep and cleanliness of the Disney Parks? Let us know in the comments below.