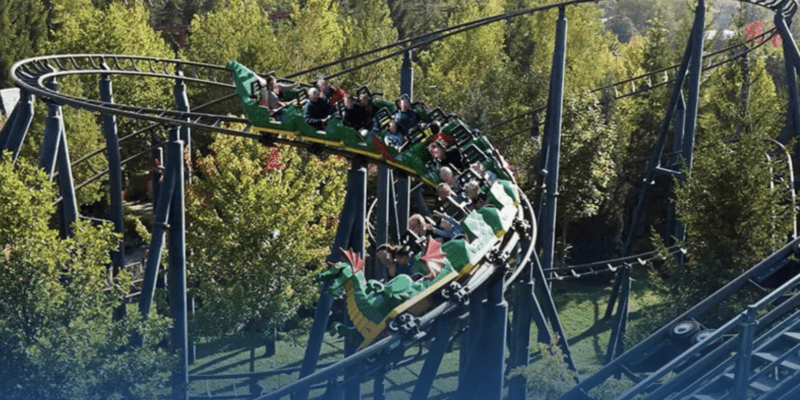 LEGOLAND is developing a new dueling roller coaster, and we can’t wait to see more of this exciting project!

LEGOLAND has some of the most popular theme park locations worldwide, competing with Disney Parks and Universal theme parks in America, Europe, and Asia. While LEGOLAND parks are packed with tons of fun for the entire family, an exciting new project is soon coming to add to the thrills at LEGOLAND.

.@LEGOLANDWindsor has submitted a certificate of lawfulness for a duelling family shuttle coaster on the former site of Raft Racers.

Attraction Source will bring you more on this exciting project as it develops, including a full article later today.

.@LEGOLANDWindsor has submitted a certificate of lawfulness for a duelling family shuttle coaster on the former site of Raft Racers.

Attraction Source will bring you more on this exciting project as it develops, including a full article later today. pic.twitter.com/r0bCac6YIU

As of the publication of this article, LEGOLAND Windsor Resort has not released any official information on this upcoming project, so we still don’t know the official name or opening date for this attraction. Inside the Magic will update you as soon as more information is released.

Guests visiting LEGOLAND Windsor Resort have the chance to fulfill their dreams of becoming knights, explorers, test drivers, and even pilots in this fascinating world of adventure! At the LEGOLAND Windsor Resort, there are over 55 rides and attractions where children can fly through the treetops to escape fearsome dragons, ride the thrilling rapids with a Viking fleet, join LEGO divers on a magical underwater adventure, and so much more.

The LEGOLAND Park has enough for several days of fun and action for the whole family. The LEGO experience continues even after the Park closes in the awesome LEGOLAND Resort Hotels, where Guests can spend the night in a fully themed bedroom and pick one of the five fun themes: Pirates, Adventure, Kingdom, LEGO Ninjago, and LEGO Friends.

Have you ever visited a LEGOLAND Resort? Let us know in the comments below!