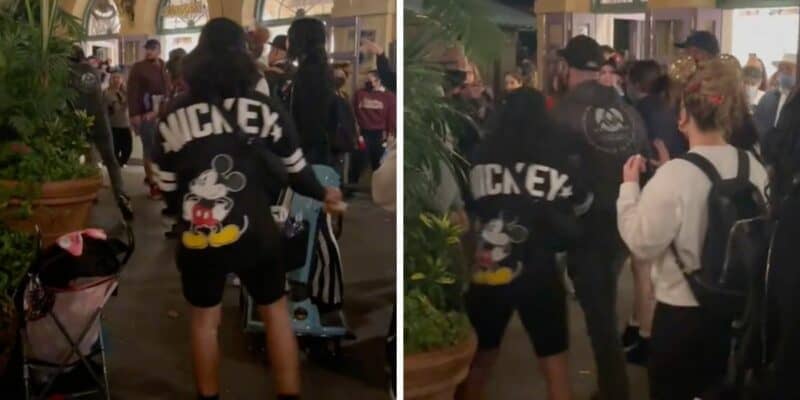 Yet another fight has broken out at the Disney Parks — this time at Disneyland Resort in California.

In a video posted to TikTok by bbcramirez, Disneyland Guests are seen pushing and shoving one another, with a few punches being thrown, before a Cast Member and other Guests break it up. They captioned the video:

Another user, who says they are a Cast Member, said that an intoxicated Club 33 Guest was the one who caused he fight. They commented on the video:

Details as to when this fight occurred or what happened to the Guests involved in the fight are unclear at this time. Inside the Magic will update you as we get information.

This video is surfacing just weeks after a brawl broke out at Magic Kingdom at Walt Disney World. Many punches were thrown, shirts were being pulled, Guests were being choked and, unfortunately, kids were crying.

Additionally, if you ever get into a fight while at Disney, you may be escorted out of the Parks and issued a lifetime ban.