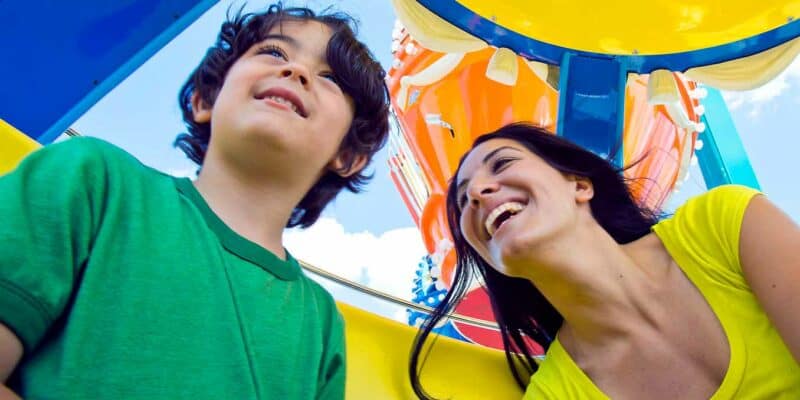 Hundreds of Guests were evacuated from a popular theme park after a fire broke out and spread within the Park area.

Visiting a theme park with friends or family is a great way to spend the day. With exciting attractions, fun activities, entertainment offerings, and delicious snacks, Guests are sure to have a fun-filled day at any family-friendly theme parks across America.

To preserve this family-friendly environment and to ensure the safety and enjoyment of all Guests during their visit, theme parks have a set of rules and protocols to handle any situation that may come up at the Park, from a ride malfunction to an accident and everything in between. However, there is always a possibility that, despite these measures, an accident may occur at a theme park.

Late Sunday, July 31, a small structure fire broke out and spread at Canada’s Wonderland, operated by Cedar Fair Entertainment Company, causing hundreds of Guests to be evacuated from the Park “as a precaution because of blowing smoke.”

The fire reportedly started around 10:45 pm, shortly after Canada’s Wonderland hosted Civic Holiday fireworks. It is not yet clear if the fire is linked to the display.

According to Vaughan fire, a pump house and a few water slides were damaged by the fire, which was quickly extinguished. York Regional Police (@YRP) assisted Vaughan Fire and posted the following tweet advising to avoid the area as crews responded to the incident and Guests evacuated the area.

FIRE – #YRP assisting Vaughan Fire with small structure fire @ Canada’s Wonderland near Water Park. Park is being evacuated as a precaution because of blowing smoke. Please avoid the area as crews respond to the situation and patrons evacuate the area.

FIRE – #YRP assisting Vaughan Fire with small structure fire @ Canada's Wonderland near Water Park. Park is being evacuated as a precaution because of blowing smoke. Please avoid the area as crews respond to the situation and patrons evacuate the area.

The fire department stated that they don’t have any evidence that fireworks caused the fire, but the department “will be looking at all possible sources of origin.”

Grace Peacock, the spokesperson for Canada’s Wonderland, told CP24 that the affected area, Splash Works, closed at 6 pm. She said “impacted areas” of the Park were “clear of Guests and remaining associates were evacuated.”

Canada’s Wonderland resumed its regular operating hours the following day, except for Splash Works, Canada’s Wonderland water park. Fortunately, no injuries were reported due to this incident, and Peacock commented that “the cause of the fires is being investigated.”

Passerby Peppur (@Peppur_) shared a video of the fire and the massive smoke cloud at Canada’s Wonderland, commenting that the theme park was “pretty lit.”

Canada’s Wonderland is the premier destination for thrill seekers in Ontario, Canada. With fun for the entire family, world-class entertainment, over 70 attractions — including Backlot Stunt Coaster, Behemoth, Dragon Fyre, Drop Tower, Flight Deck, Ghoster Coaster, Leviathan, Mighty Canadian Minebuster, among many more —, and even a water park with over 15 slides and attractions.

Four Seasons of Fun for the Whole Family

Since 1981, Canada’s Wonderland has been the premier destination in Ontario for thrills, family fun, and world-class entertainment. Located in Vaughan, just north of Toronto, the amusement park features more than 200 attractions including 17 roller coasters, two children’s areas, and Splash Works, the 20-acre water park.

If you’re looking for amazing things to do near Toronto with family or friends, the four-season amusement park has you covered year-round. Don’t miss the live shows and special events through spring, summer, fall, and winter including Halloween Haunt and the immersive holiday event WinterFest.

Canada’s Wonderland is operated by Cedar Fair Entertainment Company, which also is in charge of the operation of some of the most popular theme parks in the country, including Cedar Point, Dorney Park, Kings Island, California Great America, Carowinds, Kings Dominion, Knott’s Berry Farm, Michigan Adventure, Valleyfair and Worlds of Fun.

Have you ever visited Canada’s Wonderland? Tell us about it in the comments below!