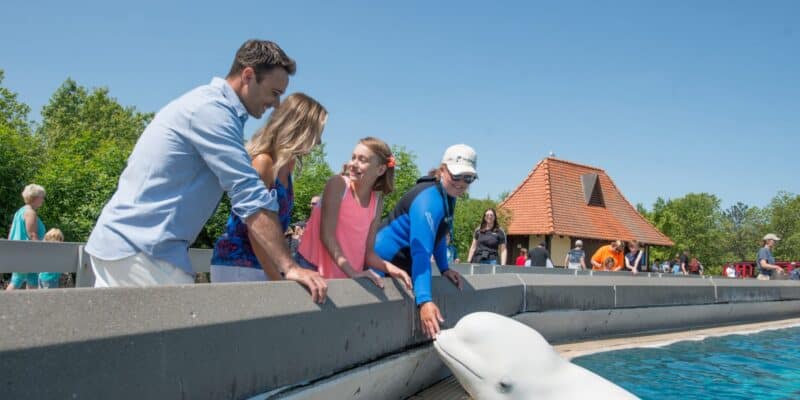 A filmmaker, a scientist, and a firm of lawyers were surprised after receiving a notice banning them from entering MarineLand Park, a massive zoo and theme Park in Niagara Falls, Ontario, Canada.

As MarineLand went into the final preparations before its opening for the season on May 21st, several people received a trespass notice, some of which have never visited the Ontario destination, banning them from entering the Park. Those who received the message commented they are all identically worded except for the names. The recipients “are prohibited from entering upon the property known as MarineLand of Canada, Inc” and cannot enter the property “at any time for any reason whatsoever.”

The notice warns recipients who come on the property that they can be charged under the Trespass to Property Act and be subject to a $2,000 fine upon conviction. Owner Marie Holer signs documents.

Miranda Desa, a lawyer with the activist organization Last Chance for Animals, told insauga.com she received the notice on Tuesday, May 17th, and that the statement indicated the ban applied not only to her but the entire organization, “its employees, volunteers, representatives, agents, directors, and affiliates.”

Desa commented she assisted Last Chance for Animals in filing a complaint against MarineLand just last fall after the organization sent videos as part of a complaint to Niagara regional police in September 2021, who charged MarineLand for allegedly using dolphins and whales for entertainment purposes, for which the Park denied.

She added that MarineLand is probably trying to prevent activists from attending the Park with this ban, which led her to ask, “what are they hiding?” Desa said organization members would respect trespass notice, as there are plenty of other ways to continue to advocate.

Rob Laidlaw, the executive director of animal rights organization Zoocheck, said he received the notice earlier this week but didn’t give much importance to it as he has no intention of visiting the Park.

Others who received the trespass notice were intrigued, including three advisers to the Whale Sanctuary Project, Nova Scotia coastal refuge for whales formerly kept in marine parks.

Harry Rabin, the documentary filmmaker, said he’d had nothing to do with MarineLand but suspects the notice has to do with his upcoming documentary “Cry of the Wild,” about the 100 whales captured and kept in Russian waters and bound for marine parks all over the world. “I wasn’t really paying much attention to them, we were doing our thing, but they’ve awoken a slumbering giant now,” he said.

Sara Dubois, the chief scientific officer with the British Columbia Society for the Prevention of Cruelty to Animals, believes it must be her connection as an adviser to the Whale Sanctuary Project that got her on the list, as she had never had contact with the Park, never had visited the Park, or publicly spoken of it until now.

A third adviser to the sanctuary project, Liv Baker, who lives in New York City, also said she’s never visited or discussed the Park before.

Charles Vinick, executive director of the Whale Sanctuary Project, said he and a handful of advisers had received the notices but no other employees.

MarineLand had started negotiations with the Whale Sanctuary Project to potentially transfer some whales at some point, but discussions ended in December after MarineLand released a report alleging the sanctuary waters were too polluted.

MarineLand has not released any official statements regarding this massive wave of bans.

MarineLand Park describes itself as an aquarium, a zoo, an amusement Park, a family day out, and a family holiday destination, as stated on the Park’s website.

With Orca and Beluga whales, dolphins, sea lions, penguins, and North American mammals, including black bears, bison, elk, and deer, MarineLand Park has plenty of animal encounters to fascinate Guests on their visit to the Park. And with over a dozen attractions for the entire family, including Orca Screamer, Bumble Bee, Ocean Odyssey, Sky Screamer, Dragon Mountain Roller Coaster, and the upcoming Eagle Tower and Star Voyager, MarineLand is a great destination for the whole family to enjoy!