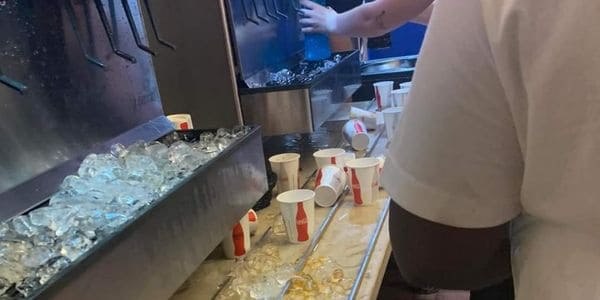 When visiting a theme Park, Guests are expected to comply with a set of rules and regulations, which may be slightly different for every theme Park, but often mention prohibited items, forbidden activities, and the general behavior expected from Guests visiting the Parks.

For the most part, Guests abide by the rules put in place to keep them and employees safe. But when it comes to cleanliness, it seems that some Guests still struggle.

When visiting SeaWorld, Guests usually picture exciting rides, thrilling attractions, and of course, animals. However, one thing they may not picture is overflowing trash at the Park, which is exactly what a few Guests have been seeing recently.

A picture was shared on Twitter that shows the unbelievable state of one of the Park areas:

From the SeaWorld passholders page, taken in the AP lounge. Why are people such slobs? Like seriously

From the SeaWorld passholders page, taken in the AP lounge. Why are people such slobs? Like seriously pic.twitter.com/7scQsBiMLV

As you can see, a self-service drink station is completely trashed at the theme park. While employees are there to help clean up and keep things in stock, this certainly appears to be a Guest problem and not an employee issue. In the replies, several users offered their own take on this concerning trend of Guests leaving their trash everywhere but a trash can.

According to @thesaintantonio, this happens a lot:

Also a common scene at SWSA, just totally inconsiderate and just plain gross. Ambassadors having to clean and mop entire areas three times over during a single hour.

Literally no excuse. I haven’t been to Sea World but every theme park I have been to has numerous trash cans all over.

This photo reminds us of a similar situation at Walt Disney World earlier this year,m with one table being left completely trashed.

Ever since the pandemic began, some Guests have stated that visiting the Most Magical Place on Earth feels less magical. Guests are saying that others have lost respect for others. In fact, they have found more parties trying to cut in line as well others getting into fights while visiting the Parks. We have recently reported on overflowing trash at the Disney Parks, but now we are also seeing some Guests leave messes on their tables after they finish eating.

Have you ever seen trash like this at a theme park?