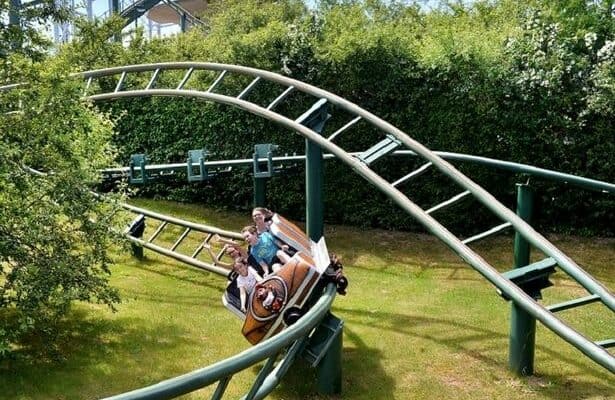 A woman has tragically died after reportedly slipping out of her seat in a horrific roller coaster accident.

The woman fell while riding an attraction at the Klotti Wildlife Leisure Park in Klotten, Germany. The incident occurred sometime around 4:30 p.m.

The woman, 57, fell Saturday while riding “The Hot Ride”, a popular roller coaster at the Park. She fell approximately 26 feet and died at the scene. According to the park, the roller coaster in question has a maximum velocity of 37.3 miles per hour and is 550 meters long.

Police were working Monday to establish whether the death on the ride “was the result of the fault of a third party”, according to the Bild. The woman is said to have slid out of her seat as the rollercoaster carriage whipped around a corner before falling from the track onto the ground moments later.

Rescue efforts were unfortunately made more difficult by the rough terrain surrounding the ride, though many details regarding the accident still remain unclear.

Public prosecutors spoke on Monday, saying “there is currently no initial suspicion of criminal conduct,” and confirmed they had requested an autopsy. Officials from Germany’s Technical Inspection Association inspected the ride in the days following the accident.

Th park closed for a full three days after the incident. Today marks the park’s official reopening. A message from Klotti Park posted on Facebook last night confirmed that they would be reopening to visitors on Tuesday — although the ride in question would remain closed.