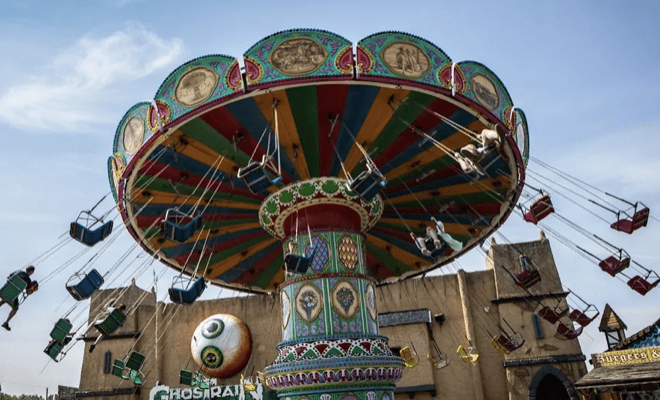 One concerned Guest has come forward demanding a refund amid investigations of a series of unfortunate amusement park incidents.

Inside the Magic recently reported on an unfortunate ride malfunction at the amusement park Southport Pleasureland in England, which resulted in 19 Guests being rescued from “Rocket Coaster,” a famous ride at the Park. You can read more about that story here.

However, one concerned Guest has recently become vocal about other ride malfunctions at the amusement park that same day, causing him to demand a refund as he was “not taking a chance” riding any of the Southport Pleasureland attractions.

57-year-old Michael Bowman, who visited the amusement park with his wife Christine, 35, and eight-year-old son on the date of the incident, reached out to the Mirror as they had left the Park that day with safety concerns after two more rides suffered technical issues.

Mr. Bowman commented that, after witnessing the unfortunate incident that required maintenance teams for Pleasureland, paramedics, and fire crews to rush to the scene, he tried to resume his visit to the amusement park with his family. He detailed:

I said to my son “Do you want to go on the carousel swings for a bit?” but the guy said “Sorry mate, it’s stopped working. It’s got technical issues.”

We looked up and couldn’t believe it, the Log Flume was stuck and a member of staff was walking two people down the wooden ramp down the side.

After witnessing two more attractions breaking down within two hours, Mr. Bowman took the first chance he could to voice his frustration to one of Pleasureland’s employees. He commented:

I saw a member of staff in a shirt and tie walk past and I said “Excuse me mate, you can have these wristbands back we want a refund – three rides in two hours have all failed, I’m not taking a chance and going on any of your rides.”

According to the Mirror’s report, Michael Bowman is waiting for a £72 refund after his unpleasant experience visiting the Southport amusement park.

As of Sunday, August 29, Pleasureland was still conducting a full inspection on the ride in collaboration with Merseyside Fire and Rescue.

A spokesperson for Pleasureland said, “We are sorry for the distress caused to passengers on one of our coasters yesterday. Our immediate priority was looking after everyone’s safe removal from the ride.” They added:

No one was at any risk of falling from the ride, the carriages were secure on the track and the park’s operations director immediately made his way up the gantry to speak to riders and explain that they would be brought off the ride safely, as part of the park’s instant response safety process.

As a consequence of calling maintenance staff to attend the coaster, one or two of the other rides were off for a very short while during the day.

This is because the systems require reset buttons to be pressed – something that is maintenance’s responsibility. This represented a very short disruption.

The log flume was working normally. The carriages pause to allow proceeding carriages to clear before the next one is released. This is normal running.

Our priority is always safety and our team checks and maintains rides, and trains to keep emergency procedures front of mind, should they be needed, so they are delivered fast and effectively. Once again we apologise to our passengers.

It is unclear if Michael Bowman and his family will receive the refund they are demanding, and while Southport Pleasureland explained the situation and handled the unfortunate incident the best they could, to many, it would be understandably concerning to see several attractions stop operations in such a short period.

Have you ever witnessed a ride malfunction or evacuation at an amusement park? Let us know in the comments below!

Comments Off on Guest Demands Refund Amid Amusement Park Incident Investigation, “I’m Not Taking a Chance”