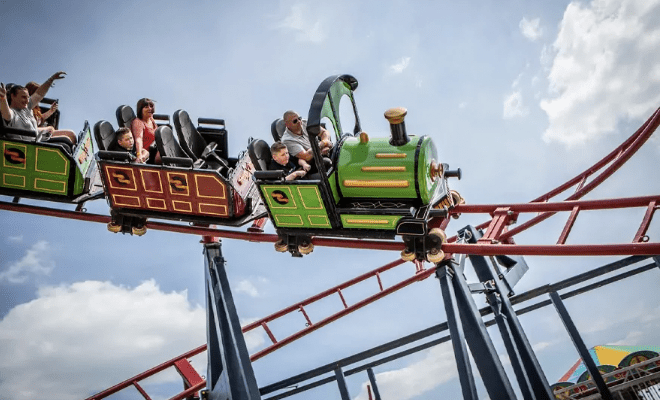 A roller coaster malfunction led to 19 people being rescued, including a child who was rushed to the hospital.

No matter what theme park you visit– whether it be a Disney Park at Walt Disney World Resort, Disneyland Resort, or any of the other Disney Parks around the world, or another like Universal Orlando Resort, Universal Studios Hollywood, SeaWorld, Six Flags, Busch Gardens, or any other– you want to know that you and your family will be safe throughout your visit.

No matter how many safety precautions are taken, however, accidents can still happen.

Over the weekend, The Independent reported that 19 people were rescued from the roller coaster “Rocket Coaster” at the amusement park Southport Pleasureland in England. Emergency services were called to the theme park after the coaster stopped working mid-air, leaving riders trapped in their seats.

One of those riders was a child, who was found unconscious but still breathing. The child was treated by paramedics before being taken to the hospital. An update on their status following the incident has not been given at this time.

The report indicates that it took around 90 minutes to evacuate everyone from the attraction and Southport Pleasureland shared that no one was “at any risk of falling” as the carriages were “secure on the track.” The coaster has since been closed.

The theme park also said that it had launched an investigation into the roller coaster malfunction, but no updates have been provided as of yet.

This isn’t the first incident involving a child on a roller coaster to happen recently. Most notably, a child reportedly broke their arm while riding a coaster at SeaWorld Orlando earlier this year. In a more tragic instance, a 14-year-old girl died after a roller coaster derailed in Denmark back in July.

Comments Off on Child Unconscious After Roller Coaster Malfunction