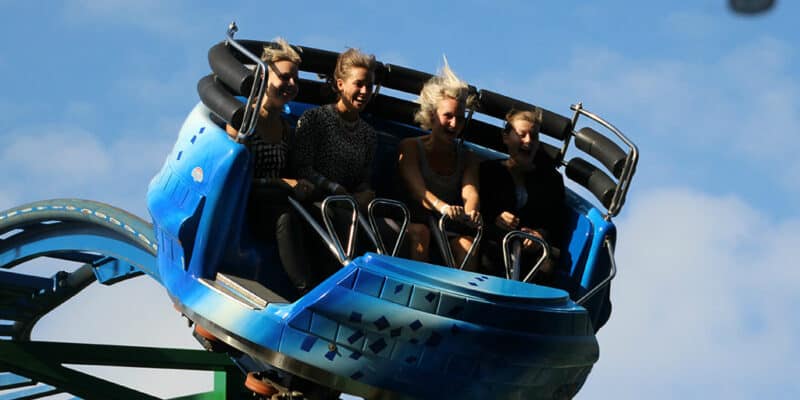 A horrific accident took place earlier this month after a roller coaster came off of a track, resulting in the death of a young girl.

A 14-year-old girl died after a roller coaster derailed and came off part of the track at a popular amusement park located in Denmark on Thursday, as reported by Newsweek. Authorities reported and revealed the horrific tragedy to the media soon after the incident took place.

Local police said that they had received a call around 12:50 p.m. local time that a ride vehicle became stuck in the Cobra roller coaster which is located at the Tivoli Friheden park in Aarhus, Denmark. Aarhus is Denmark’s second-largest city. During the accident, multiple people were reportedly stuck and trapped in the ride vehicle.

Henrik Olsen, the manager of the Park told local newspaper Aarhus Stiftstidende that the back two seats of the ride vehicle detached from the rest of the vehicle, leaving them hanging under the rest of the train. Olsen said that guests were trapped and hanging up to 10 feet above the ground.

“There was a big bang and there were people crying,” a witness said, “A mother stood by the Cobra and looked up while she exclaimed several times ‘my children, my children.” The witness said it was not clear if the women’s children were in the part of the rollercoaster that broke away.

Unfortunately, local police confirmed that a 14-year-old girl had died due to the incident. A 13-year-old boy was also injured in the accident.

Police stated that the park was evacuated and a formal investigation has been launched into what caused the accident. The specific roller-coaster is roughly 82 feet tall and reaches a top speed of around 44 mph, according to the Tivoli Friheden Website.