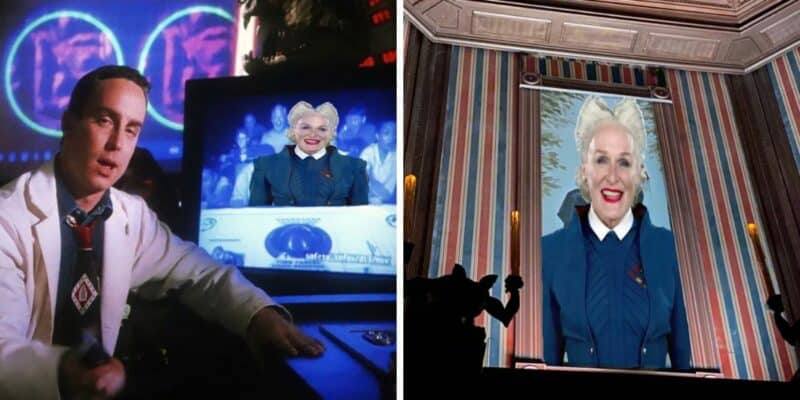 Disney World’s newest roller coaster — Guardians of the Galaxy: Cosmic Rewind — is a family-friendly coaster and offers exciting thrills with an innovative ride vehicle that offers 360-degree motion for riders. The ride is currently located at EPCOT.

Disney describes Guardians of the Galaxy: Cosmic Rewind as:

While Guests blast off into the universe, one of six songs will play, enhancing the ride experience. The “Awesome Mix” playlist includes:

Prior to boarding the omnicoaster, Guests go through various rooms, acting as the pre-show fr the ride. The first pre-show room takes place on Earth (Terra) and Glenn Close reprises her role as Nova Prime Irani Rael.

Fake Disney Facts shared edited photos to Twitter, along with the caption:

More on Cosmic Rewind at EPCOT

Cosmic Rewind currently utilizes a Virtual Queue system, similar to how Star Wars: Rise of the Resistance operated when it first opened. Per Disney:

Which of these edited pre-show photos was your favorite? Let us know in the comments below.