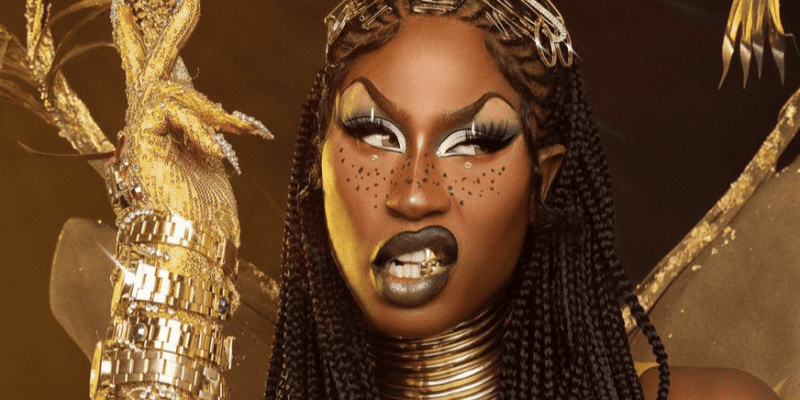 Now, social media is reacting to the latest addition to the Marvel Cinematic Universe, with one Reddit thread already reaching 620 responses and counting.

Countless replies commented on the value and importance of representation being that Couleé is a non-binary black actor who has more than earned their place in the Marvel Cinematic Universe, like the following comment posted by user flirtyspy:

“This is absolutely AMAZING news!! Shea is such a talented performer and this level of representation is massive. Can’t wait to see who she will be playing and the life she brings to the show.”

Other commenters are speculating about Couleé’s level of involvement in the series, as it has yet to be announced and Marvel has yet to comment.

Related: Fans Fear For Patton Oswalt After He Seemed to Leak Eternals 2

“Did some digging and I could see her playing the mutant Shade/Darkveil,” user Corn_Maestro wrote. “She’s a drag queen whose appearance was partially inspired by Shea.”

The poster is referring to Marvel’s first drag queen superhero, Shade, who made their debut in the comic Iceman back in 2018. Writer Sina Grace created the Iceman stories in an effort to diversify the comic world.

In an interview with The Advocate, Grace had the following to say about the project:

“I really wanted this series to push readers to new and better stories about the whole queer experience and how it applies to being both a mutant and a superhero. There’s a million different queer perspectives and we’re only scratching the surface.”

Be it this role or another, social media users appear to be responding positively overall to the prospect of a drag queen entering the MCU, made possible by Couleé’s historic casting.

Even those who haven’t been following Couleé’s journey are expressing anticipation for the collaboration.

“Man, I’ve never watched drag race, but the amount of excitement here has grabbed me,” one user wrote. “I’m looking forward to seeing her performance.”

Couleé herself shares their excitement, taking to Instagram to spread the word.

I’m trying to find the words to express the deep excitement I feel over this project. Acting was my first love long before Drag. So it only seems fitting to end my Drag Race journey and begin my acting career in the biggest way I could imagine. Stepping into the Marvel Cinematic Universe has been like stepping into OZ. ‘Ironheart’ is top to bottom going to be an absolutely STUNNING experience for the viewers, and I’m so humbled everyday that I get to work on set with some of the best and most dedicated artists in the industry. Thank you to everyone who has supported me throughout my journey, and I look forward to sharing the exciting new chapter with you all 💖

But possibly the most commonly occurring comment is the fan consensus that “the gays have won.”

Ironheart is set to stream on Disney+ in September of 2023 and follows Riri Williams, “a genius inventor who creates the most advanced suit of armor since Iron Man,” per Disney’s website.

Who do you think Shea Couleé will play in the upcoming Marvel series Ironheart?