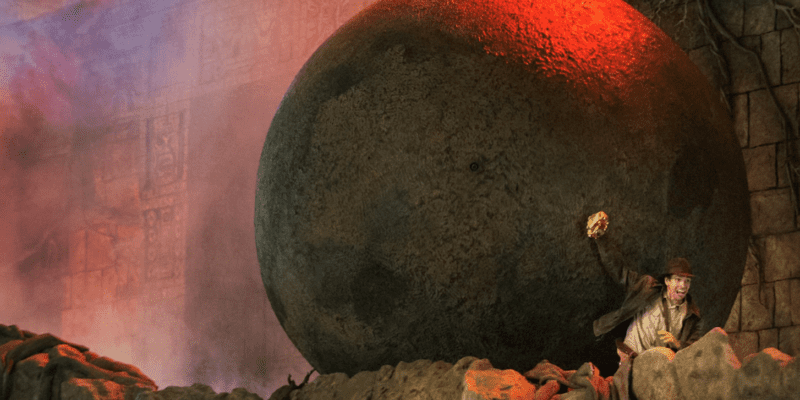 Disney’s Hollywood Studios houses many beloved attractions like Mickey & Minnie’s Runaway Railway, Slinky Dog Dash, Twilight Zone Tower of Terror, and of course, Rise of the Resistance. But the Park is also home to at least one world-class show.

The Indiana Jones Epic Stunt Spectacular takes Disney Park Guests on an epic and thrilling journey, one that reveals many of the tricks of how Hollywood can safely perform all of the incredible stunts sprinkled throughout seemingly every movie nowadays.

The stunt show has been a staple of Hollywood Studios for decades and remains quite popular. The attraction is the only way Guests can truly experience the Indiana Jone franchise at Walt Disney World, making it a great show for regular Guests and fans of the movies alike.

After finally reopening after being closed down due to the ongoing COVID-19 pandemic for two whole years, the Indiana Jones Epic Stunt Spectacular was noticeable different to Guests who were fans of the show. According to Tom Vazzana, the show director, the show’s effects have changed and received a more cohesive setup:

“The temple scene is still intact, and then we tweaked the dialogue. We actually tightened it up a bit. That set is massive and beautiful, and we arranged the dialogue so that we could move more swiftly through the scenes and get to the stunts and show off our performers.”

However, not everything can go perfect 24/7 as this is an actual stunt show with actual stunts being performed. We have seen issues in the past with the show, specifically the boulder that rolls toward Indy at the beginning of the show.

A video posted on TikTok recently revealed a major error in the show, one that caused everything to stop. You can check it out below:

The pilar is supposed to descend releasing the boulder

As you can see, the infamous boulder that chases Indy in both the movie and the show failed to come out, resulting in the entire show-stopping. One of the Cast Members on the production crew speaks over the speakers and informs everyone what is happening, and presumably, the show continues.

This goes to show how planned every single element of the show is and how professional and talented everyone involved in the show truly is.

The Indiana Jones franchise is represented at multiple Disney Parks such as Walt Disney World, Disneyland, Disneyland Paris, and Tokyo Disneyland. Check out our ultimate guide on the original ride at Disneyland here.

Do you enjoy this stunt show at Hollywood Studios? What’s your favorite live entertainment at Disney World?