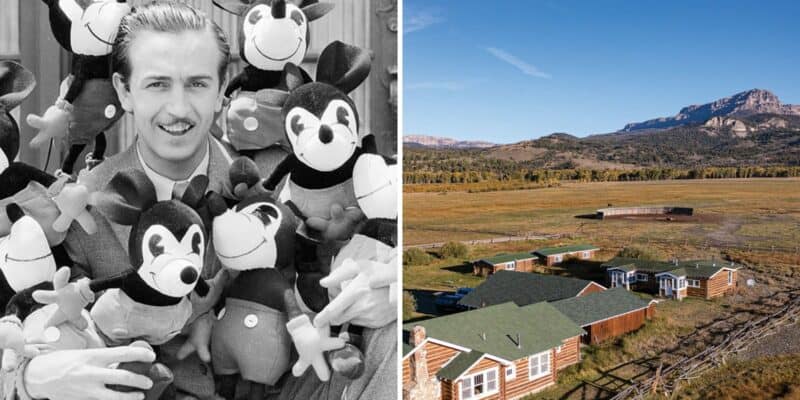 A 5,000+ acre Wyoming ranch previously owned by members of the Disney family has been listed for 71 million dollars, according to The Wall Street Journal.

The listing agent responsible for this sale, James H. Taylor, also represented the Disney family when they sold to the current owners in 1980.

The ranch was owned through Disney’s Retlaw Enterprises, which is a family corporation that boasts Walter’s name spelled backward.

“Retlaw took over the family interests when Walt Disney sold his original WED Enterprises holdings to Walt Disney Productions in 1965,” per D23’s website. Ownership was then transferred to Disney’s heirs after his death in 1966.

The ranch, now named Diamond G. Ranch, is listed with Hall and Hall, a real estate company established in the 1940s specializing in quality rural real estate. With an asking price of 71 million dollars, the former Disney ranch is one of the top 3 most expensive properties currently listed on their site.

Ranch owners will end up experiencing four seasons with snow-covered winters and sun-filled summers, which could be a welcomed change for Disney park fans accustomed to the wild weather in Florida or the static conditions in California.

Another appealing feature of the ranch is the privacy it offers prospective buyers, as it is located at the end of a road and surrounded by government-owned lands with no public access. It’s located just 17 miles west of Dubois, Wyoming, and less than 90 miles away from Jackson Hole.

According to the Hall and Hall listing, it is thought that the Main Lodge was built by the Disney family, making this a rare opportunity to own a not-so-small piece of Disney history.

What do you think of Diamond G. Ranch? Let us know in the comments!