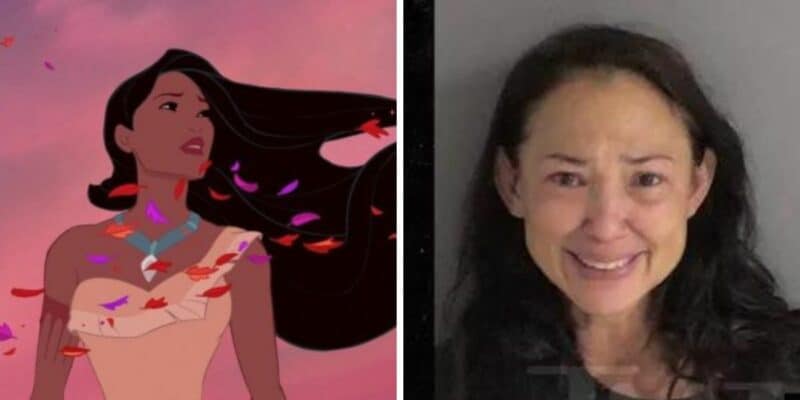 Irene Bedard, best known in the Disney community for voicing Pocahontas in Disney’s Pocahontas (1995), was arrested for disorderly conduct on August 19 in Xenia, Ohio, according to the city’s police department.

In a Xenia Police Division report obtained by E! News, Irene Bedard was taken into custody on August 19 after two officers witnessed a woman arguing with the 55-year-old actress, who then “walked out into the street screaming, without any regard for traffic.”

E! News says the report stated the Pocahontas star had a “strong odor of an alcoholic beverage on her breath” when one of the officers approached her at the scene. Per their report:

“When asked if she drank anything today, she said that she didn’t. But, she did say that she drank a whole bottle of vodka yesterday,” the officer wrote in the report. “I attempted to try to get her to give me a name of someone who could come and care for her, but she would not give me anything. I also offered to take her to the hospital. But, she said the hospital wouldn’t help her.”

During their interaction, the officer said Bedard’s “emotions changed rapidly,” explaining she “would be talking to us calmly” at one point, then “quickly become upset and crying” at another.

According to the police report, the other woman tried to give officers a name of someone who they can contact on Bedard’s behalf, but actress then “yelled that she didn’t want that person called and ran away from us screaming.” The report states she almost knocked over a table on the sidewalk when she ran away, but eventually stopped at the street corner walked back to the officers. Per the report:

“She then became angry at us about a previous incident where she said the police didn’t help her. She backed into a large glass window as she continued to yelled at us.”

Authorities said one of the officers took her left arm and escorted her away from the window so that she would not harm herself or others. Police confirmed there was no one else they could call on Bedard’s behalf, and so she was placed under arrest.

Related: Couple Arrested For Having Sex on Ride at Popular Theme Park

According to one officer, Bedard “tensed up her arms and tried to pull out of my grip” and so the police officers had to place her in handcuffs.

“While escorting Irene to my cruiser, she became dead weight and had to be held up,” the officer wrote in the police report. “Due to Irene’s uncooperativeness, I transported her directly to the Greene County Jail.”

Bedard’s arraignment has been scheduled for August 29.

E! News has reached out to Bedard for comment but hasn’t heard back.

Have you ever seen Disney’s Pocahontas? Are you a fan of Irene Bedard? Let us know in the comments below.