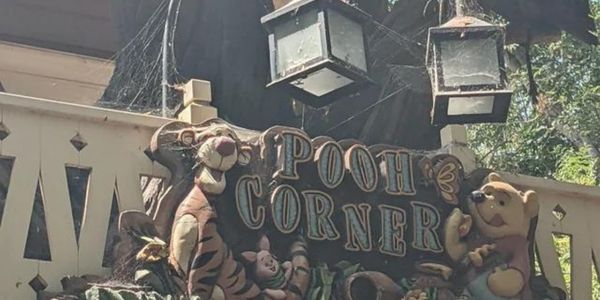 With so many rides, attractions, and restaurants, Walt Disney World and Disneyland are both the ideal trip destination for many Guests planning on booking a vacation. While Disney claims to be the “Most Magical Place on Earth,” that doesn’t mean they are always perfect, however.

It seems that since the COVID-19 pandemic started in early 2020, everything has seemingly changed. From supply chain issues to Disneyland closing its doors for a year, the company has been forced to change and adapt to many unprecedented situations.

A big issue that has affected not just Disney Parks but businesses in general is the lack of staffing. Slowly, America as a whole has been getting back on track, but the shortage of Cast Members in Disney specifically was and is still being felt to this day.

The Disneyland Resort itself has been seeing a few issues in regard to upkeep lately. A somewhat funny example of this can be seen in a Reddit post which is linked down below:

The cobwebs on this sign (photo taken 8/26/22) feel like precisely the kind of thing Walt wanted Disney to not have whatsoever.

The cobwebs on this sign (photo taken 8/26/22) feel like precisely the kind of thing Walt wanted Disney to not have whatsoever. from Disneyland

As you can see, there are masses of spider webs at Pooh Corner in Critter Country. This shop at the Disneyland Resort allows Guests to “Dip inside this hunny pot of a spot,” where a candy kitchen awaits you, along with the finest merchandise from the Hundred-Acre Wood. The shop is located in Critter Country and has been a part of the Park for quite a while.

Another user called the sight “embarrassing”:

Put more money into maintenence and treating cast members right. It’s embarrassing for a company with that kind of capital to be looking so run down.

One user shared how sad this picture made them:

Another user reported a very different issue, one that involved bugs:

The roaches are pretty gross too. I’ve never seen roaches in a Disney park in my life, but this year I’ve seen hordes of them on Buena Vista street & by Small World.

The roaches were starting to become a problem when I worked backstage at DCA several years ago. Sounds like it’s only gotten worse since then.

Another user also chimed in with their experience with wild animals:

I’ve been seeing lots of roaches as well. They weren’t as bad as the 8inch rat I saw in downtown Disney last week tho. Seems like things are out of hand

We just wrote about a Guest finding a loose scorpion in their room, though this was at Walt Disney World in Florida. A few months ago, we reported on an alleged “rat infestation” at The Hungry Bear Restaurant after Guests noticed rats had apparently made the quick-service location their home. The Guest claimed that they witnessed rats climbing into the walls and could hear them throughout the restaurant.

When visiting “The Happiest Place on Earth,” the last thing you expect to see is a bunch of rats running around. Unfortunately, this wasn’t even the first report of a rat infestation at the Disneyland Resort. According to a report shared just a few weeks ago, a major rodent infestation forced a Disneyland shop to close recently. Vermin droppings were found in a sales area and forced the entire food facility to shut down completely.

The closure happened on July 29 and was enacted by The Environmental Health Division of the Orange County Health Care Agency. The report is just now coming out to the public.

Luckily, the infestation issue was eventually taken care of. The affected shop reopened on August 1 after a re-inspection by the O.C. health agency. A follow-up inspection was scheduled for Monday, August 8. Thankfully, other Disneyland eateries have recently passed county health inspections, including the Red Rose Taverne, Tiki Juice Bar, and Candy Palace.

Have you ever spotted rats, insects, or other animals at the Disneyland Resort?