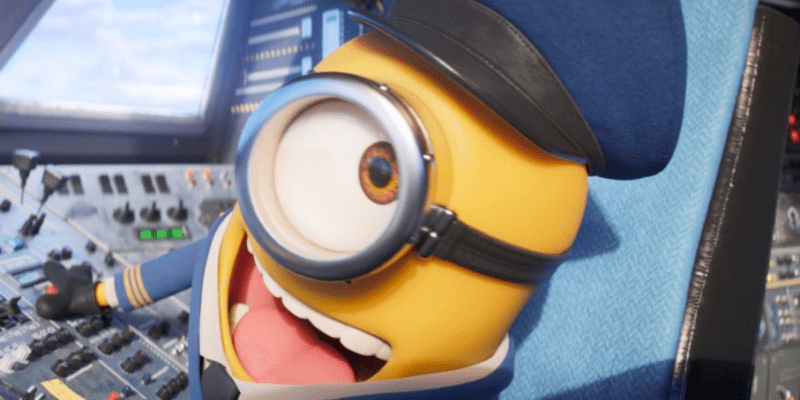 The movie world is drastically changing with Minions: The Rise of Gru (2022), the surprise hit that only teenagers and young adults were expected to explode at the box office. Now, the actions of an online movement are coming to a halt at movie theaters.

#Gentleminions, a new online movement centered around moviegoers dressing in their nicest attire to attend the opening of Minions: The Rise of Gru, has taken Hollywood by storm, causing the Despicable Me (2010) spinoff to absolutely explode at the box office.

With The Rise of Gru grossing over $200 million worldwide just two days after its domestic opening, the Universal animated picture outperforms every movie at the box office (at the time of writing).

Nonetheless, the Minions’ success is mainly due to an online trend consisting of moviegoers, particularly teenagers, donning black tuxedos and bringing bananas to sold-out viewings of The Rise of Gru:

This whole “dress up in full suits to watch the new Minions” trend on tiktok got me cackling like an idiot pic.twitter.com/NadlgL4f0K

With some theaters posting warnings at the entrance of cinemas warning the banning of #Gentleminions moviegoers, other theaters are flat out threatening to call the police:

Imagine being a parent unaware of the meme chaos & hearing this warning before #Minions 😂💀 pic.twitter.com/r0Rx909wrA

In the above video, one movie usher addresses a Rise of Gru crowd before the picture begins rolling, stating that “you will not scream, you will not clap at the beginning of this movie. If you do, you will be out without a refund, and if you refuse to leave, we will call the cops to have you removed.”

The movie attendant is simply doing her job. Still, unfortunately, with recent reports of theaters being left in disarray after the #Gentleminions reportedly throw bananas at the screen and march around the theaters singing along with the loveable yellow creatures, businesses are taking it into their own hands to keep order and peace for the rest of audiences simply trying to watch the new family film:

NAH THIS IS CRAZY!

NAH THIS IS CRAZY! #Minions pic.twitter.com/lAJW6kgMmd

Theaters erupted during screenings of Avengers: Endgame (2019) and Spider-Man: No Way Home (2021) when Tobey Maguire and Andrew Garfield appeared in the Marvel movie, but The Rise of Gru is being subjected to landmark reactions.

With the Minions sequel only growing in popularity and the new trend fully taking off, only time will tell what theaters must do to ensure enjoyable experiences for all audiences.

In the wake of Minions: The Rise of Gru breaking Independence Day box office records, Illumination announced Despicable Me 4, which is currently set for a July 3, 2024 release.

Do you think theaters should ban Minions fans? Comment below!