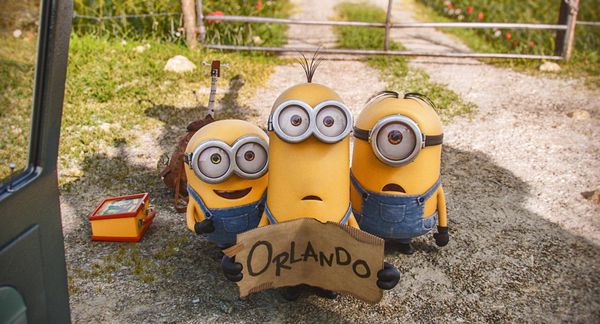 The world of cinema has exploded with the rise of Top Gun: Maverick (2022) and Everything Everywhere All At Once (2022), but nothing has come close to Minions: The Rise of Gru (2022).

With the absurd rise of #Gentleminions, an online trend in which young men (ages 13-21) dress in their finest attire and book entire theaters in which to throw literal bananas on the screen later and cheer unconditionally throughout the film, Minions: The Rise of Gru has had unprecedented success at the box office.

Grossing over $200 million worldwide just two days into its U.S. debut, the Despicable Me (2010) spinoff is tearing apart Hollywood.

Nonetheless, the world is going wild for the Minions, and Universal loves it, especially the Universal Studios Orlando Resort Twitter:

We have always been a trendsetter.

We have always been a trendsetter.

Though multiple theaters are banning the #Gentleminions moviegoers, The Rise of Gru has had the biggest opening of the Despicable Me franchise, leading Universal Studios to announce a Despicable Me 4 for July 3, 2024.

With Universal’s cheeky Minions Tweet, it’s clear that the Hollywood powerhouse is all for the “Minions sweep,” making it clear that this new online trend is changing everything about how individuals indulge in the cinema.

In the wake of Minions: The Rise of Gru breaking Independence Day box office records, Illumination announced Despicable Me 4, which is currently set for a July 3, 2024 release.

Have you seen The Rise of Gru? Comment your thoughts below!