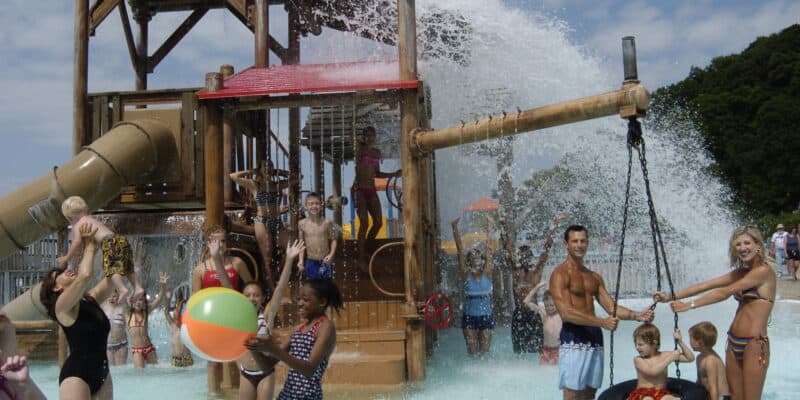 A troubling situation occurred at a water park recently, with the park reportedly publicly humiliating a young Guest.

After a fun day at a family-friendly water park turned sour, Andrew Batton took to social media and explained his family’s side of the story regarding an incident involving his daughter at Raging Rivers Waterpark.

The story was reported by Fox Chattanooga and revealed what exactly transpired between the family and the water park. Raging Rivers is located in Grafton, Illinois, and features many rides, slides, and experiences. Unfortunately, Batton’s daughter was allegedly harassed while attempting to ride an attraction. The troubled father shared the following message on Facebook:

Debated on posting this but I think everyone should at least be aware. Words cannot begin to describe my sadness, anger, and disappointment at the current moment.

Let’s leave out the amazingly damaging psychological impact of forcing a young woman to publicly weigh herself, but to have to see my daughters face eyes welling up with tears as she was turned away for being FIVE POUNDS OVER!” Batton wrote in his Facebook post.

Batton claimed that his 13-year-old daughter was excited to ride the newest slide in the water park, called the “Mississippi Monster.” However, when she got to the top of the attraction, she was met by a weighing scale. A worker made her step on the scale, indicating she may be too heavy to go on the slide.

According to KMOV News, the ride has a weight limit of 200 pounds. KMOV News spoke further with the Batton family about the unfortunate incident.

Batton stated that the specific employee working the new waterslide was “extremely upset as well and explained that this scene has been playing out all day and many people had been upset/surprised by the restriction.” Batton also claimed that there was no signage outside of the ride, indicating that they thought it had no weight limit in the first place.

Raging rivers has been such a source of joy for my daughter throughout her childhood to have such an amazingly awful experience today has saddened me beyond words as well as negativity impacted my daughter in a way that I am sure we are going to be discussing in therapy for years to come. And all over 5 pounds!

An anonymous park employee stated that the new slide originally had a weight limit of 300 pounds, but this was later changed to 200 pounds. That same employee also claimed there actually was signage informing Guests that there was in fact a weight limit, despite Batton’s claims.

“Nowhere, not one sign,” Batton continued to state, who later said that all he is seeking from the park is a formal apology.

A few spokespersons for Ragin Rivers said that the altered weight limit was imposed for “guest safety” and that new slide parts would gradually allow for more weight on the ride at a future date.

Have you visited this water park?