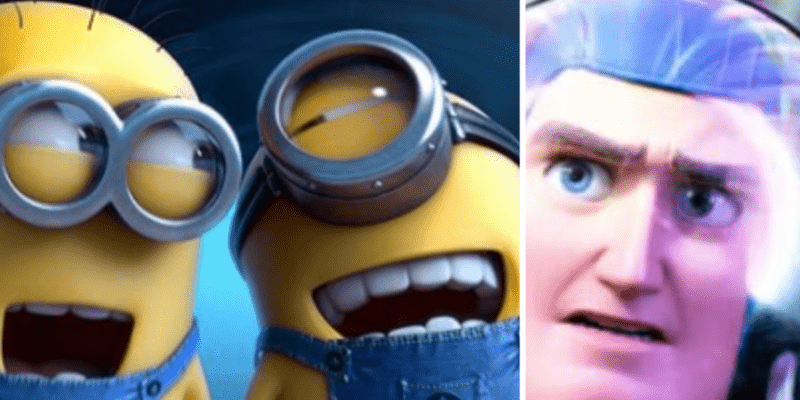 Disney Pixar’s Lightyear (2022) has not lived up to the standard that many fans were hoping.

The film, which is an origin story for the real person who inspired the toy Buzz Lightyear in the hit Pixar franchise Toy Story, had a budget of $200 million and grossed just $50 million on its opening weekend.

To this date, the movie has made $155 million worldwide but has a long way to go to meet its massive budget.

However, reports indicate that Universal and Illumination’s Minions: The Rise of Gru (2022) could make blunders for Lightyear even worse.

A report from Yahoo Entertainment notes that Universal Pictures “does not have to jump through hoops” with Minions that Disney had to with Lightyear.

“First, the new film is much more closely connected to “Despicable Me” than “Lightyear” was to “Toy Story.” While “Lightyear” was pitched to audiences as the film that inspired Andy to get the Buzz Lightyear toy that would become the star of the “Toy Story” series, “Minions” doesn’t need to jump through such mental hoops to market to its audience.”

In addition, the report notes that the Minions movie does not have to meet the numbers that Lightyear needed to because its budget was much smaller.

Minions 2 has a budget of roughly $70 million and there are projections that the film could have an opening weekend almost good enough to surpass that. The film already had $11 million in previews.

If the Minions were to surpass Lightyear in their opening weekend, things could be even worse for the Pixar film in terms of the box office.

Here’s what Illumination says about Minions: The Rise of Gru:

Universal has gone “all in” on the Minions moving forward. Universal Orlando Resort is rumored to be building another Minions attraction right across from Despicable Me: Minion Mayhem at Universal Studios Florida. In addition, a Minions Cafe is set to take over the space that used to be occupied by Universal’s Classic Monsters Cafe. Universal Studios Hollywood already possesses a Minions cafe.

Will you be seeing Minions: The Rise of Gru? Let us know in the comments!