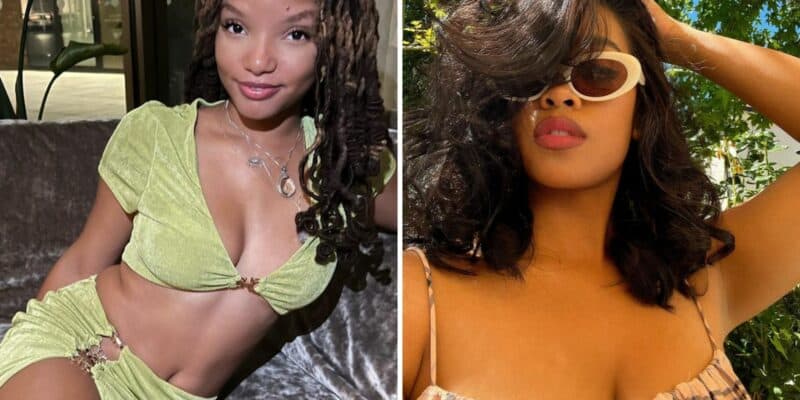 A post on Facebook is gaining traction after the author called out Disney for what they feel are glaring failed attempts at diversity in casting.

One user had the following to say in the Disney Movie Addicts Facebook group:

“Disney keeps trying to be diverse by casting black people as our white princesses in their live actions but they just keep getting it wrong.
Instead of casting black people as our white princesses and remaking the same old movies why don’t they make the already ethnic princesses such as Tiana, Raya, Encanto, Pocahontas, Moana etc etc into live actions or better yet create new Princesses.
Like hello! Why are we sleeping on Gabriella! A black deaf mermaid who uses sign language to communicate. Hello DIVERSITY!”

The post has gained mixed reviews in the comment section. Many in support of the original post praised the user for speaking up, writing that any time they’ve tried to make a similar point they’ve been accused of being racist.

“I wish I could LOVE this post a million times!!!” one commenter wrote. “Princesses of color should have their own stories, not the retelling of old ones!”

Another Disney fan weighed in claiming that most people feel this way, but said that those with accusations of racism are often louder.

“I agree with that,” someone else added. “It’s as if we don’t have our own culture and/or stories that can be told; that we have to piggy back on white stories to be seen.”

Those who disapproved of the post couldn’t see beyond “our white princesses,” with many shocked that the OP would even write the phrase.

Another movie viewer chimed in saying they didn’t care, as the characters are fictional to begin with. “They’re not ‘ours’,” yet another comment read, “As a redhead, I’m fine with whoever they cast as Ariel as long as she can both sing and act, and embodies the spirit.”

Another user thought the post was “beyond stupid,” writing that race shouldn’t matter and that people were looking for reasons to complain.

The responses prompted the original poster to edit their thoughts to include the following:

“Edit to the comments: I am half black so I’m not being racist towards black culture. I’m just saying that why show children the only way diversity and black woman / black characters can be successful is by ‘blackwashing’ a white character.

The point is Disney doesn’t need to be taking white princess and casting them black for diversity because we have STRONG BLACK princesses already and it is time to let them shine!
Let an actual black princess have her moment.”

A final commentor wasn’t convinced, expressing concern that a post discouraging casting a “POC as Ariel” would ever come from someone who is also mixed race themselves:

“1. They’re only remaking their most successful properties. They’re not going to remake a failed direct-to-video sequel. 2. Princesses like Raya, Tiana, and Moana are too recent to justify remakes. 3. These characters are entirely fictional and their race doesn’t matter unless it’s integral to the plot.

If you’re mixed, I can’t understand why you would have an issue with a POC playing Ariel. Additionally, it seems you’ve judged her portrayal of the famous princess before seeing her. Perhaps the casting director(s) saw Ariel in Halle Bailey. Maybe she was chosen for her talent, and not just because she’s black. It seems awfully prejudice to think otherwise, and coming from someone who is mixed makes me very worried.”

The original post was made just days after musician H.E.R. shared the news that they were cast as Belle in ABC’s Beauty and the Beast: A 30th Celebration, set to air on the Disney-owned network on December 15, 2022, at 8 p.m. ET:

PRACTICING MY DISNEY PRINCESS IN NICE 🇫🇷 👑😂
YOURE LOOKING AT THE FIRST BLACK AND FILIPINO BELLE FOR ABC’s ‘Beauty and the Beast: A 30th Celebration’

I’ve always wanted to be a Disney princess 🥺🌹

Additionally, Colombian-American Rachel Zegler (West Side Story) has been cast as Walt Disney’s original Disney Princess in the live-action remake of the Walt Disney Animation Studios’ classic, Snow White and the Seven Dwarfs (1937).

What do you think about this conversation?