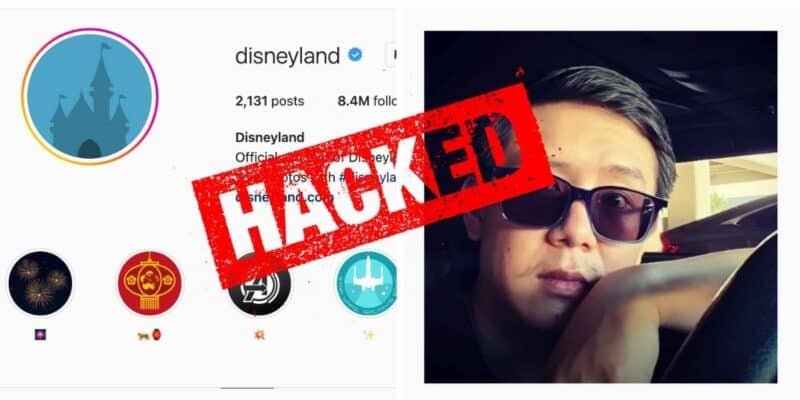 The official Disneyland Instagram has been hacked, and there are now multiple offensive posts.

In the screenshot below, you can see the top four posts are clearly not Disney-related content, indicating someone else got into the account and posted these without Disney’s knowledge.

At the time of original publication, there were a total of four posts and two Instagram stories. It seems as though the posts are now deleted.

We were able to get screenshots of some of the posts and Stories. The first read:

My name is David DO ! i am a super hacker that is here to bring revenge upon Disney land. I am f*cking tired of all these n***er Disney employees mocking me for having a small penis.WHO’S THE TOUGH GUY NOW JEROME? GET HACKED YOU F***NG F****TS
follow me at @chi11estpanda

One of the Instagram Stories can be seen below via a screenshot. The Story is an image of the same male from the Instagram posts, but contains extremely offensive language.

Again, at this time it seems Disney has been made aware of the hacking as the posts and Stories have been removed. Disney has not released a statement regarding the Disneyland Instagram account hack, but Inside the Magic will update you as we get more information.