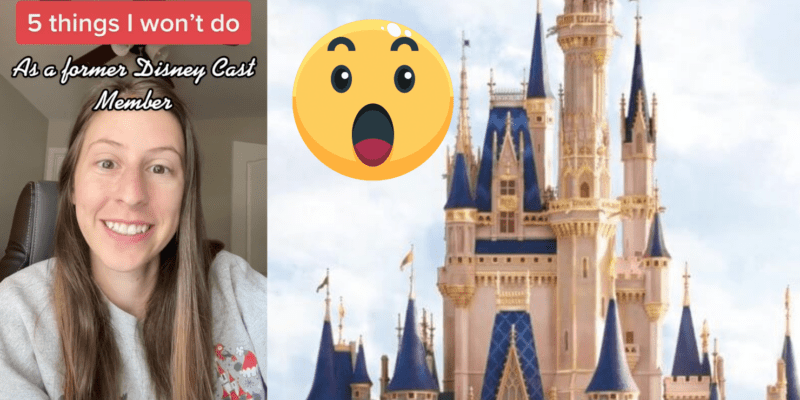 Cast Members spend more time at Walt Disney World Resort than anyone else! They know the ins and outs of the Disney Parks and Resort hotels and can best advise you on how to spend your Disney Park vacation.

The first thing Brittany won’t do is purchase Genie+. Though she doesn’t explain further in the video, a fan asked for clarification in the comments. Brittany wrote that “the downsides just outweigh the perks” and she might consider changing her mind “if they make some changes in the future:”

It’s not very user friendly, with the waiting period between each ride you can only select a handful of rides, you now have to purchase it daily

If you are spending more than 1 day in a park, I think it’s easier and cheaper to plan your day without it. If you have a limited time in either MK Or HS and want to ride everything, it may be worth the investment!

The next thing Brittany won’t do is spend 12 to 14 hour days in any of the Disney Parks. She also suggest not purchasing any plastic water bottles and bringing your own. “You can just refill it at the free water stations!”

Next, Brittany will never go to the Parks without a MagicBand: “It’s just really convenient.”

In the comments, Brittany explains that she hates having to take transportation to and from Magic Kingdom to her car. Instead, she parks at whichever Disney Park she’ll end her day at and takes a bus directly to Magic Kingdom.

What things will you never do at Walt Disney World or Disneyland Resort?