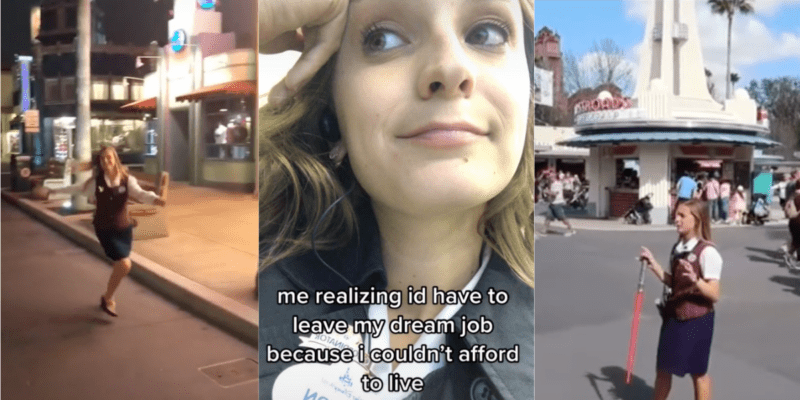 It takes thousands of Cast Members to make the Walt Disney World Resort as magical as it is. From Part-Time to Full-Time as well as Seasonal and Disney College Program participants, each Cast Member has their own unique experience with the Walt Disney Company.

Unfortunately for some Cast Members, this isn’t enough. A former Walt Disney World Cast Member took to social media this week to reminisce about her time at the Disney Parks.

TikTok user @dm.millz shared a video compilation of herself working at Disney’s Hollywood Studios with the caption:

I loved working at Disney so much. I once cried from being so happy when I was working. But yeah, sometimes you just gotta buy groceries and pay bills

Another said they feel “homesick” for their time as a Walt Disney World Cast Member and keep their name tag pin as a point of pride.

TikTok user @foxybunnyhunter_29 said she worked at Universal Orlando Resort, but couldn’t keep working there due to low pay. “It was my dream job,” she wrote.

“You can design and create, and build the most wonderful place in the world. But it takes people to make the dream a reality.” -Walt Disney.

Have you had any memorable Cast Member interactions at Walt Disney World? Let us know in the comments.