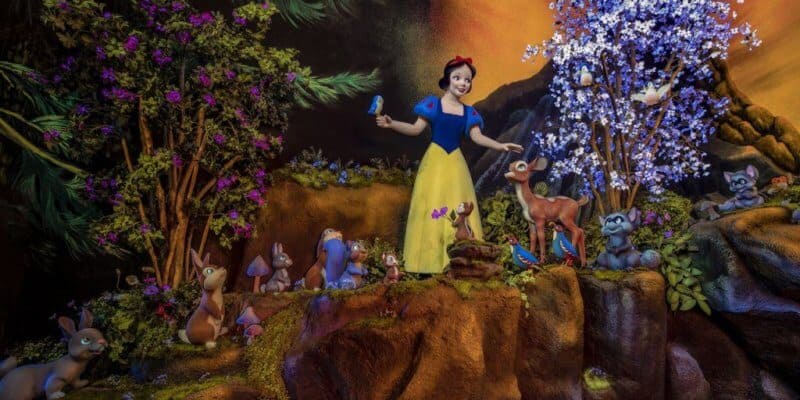 Guests recently noticed that a few Disney attractions are slowly being covered up by items thrown by other Guests.

When Guests are waiting for a certain ride or attraction, they usually have quite a lot to look at in the queues. Disney puts a lot of work and effort into making sure the theme and setting of the ride are represented in the queues. Some of the most incredible queues at Disney would have to include Flight of Passage and Star Wars: Rise of the Resistance.

However, because of how well-themed lines can be, it is crucial that Guests respect them and follow Disney’s rules. Recently, a few Guests showed the concerning state a couple of classic Disneyland rides are in.

In the tweets shared below, you can see not one but two Disneyland attractions currently being taken over by coins. See the photo of Indiana Jones Adventure shared by 33_Wonderland (@33_Wonderland):

Okay when did this start  Snow White is Ok. Indy No. #Disneyland

Okay when did this start 😑
Snow White is Ok. Indy No. #Disneyland pic.twitter.com/EOlPuYkeAK

In response to this original post, Eric Chu (ericthomaschu) added this photo of Snow White’s Enchanted Wish with a whole bunch of coins:

Disney attractions are no stranger to coins or other items being thrown onto them, although this is usually against Disney Park policy. Some of the most infamous rides covered in coins would have to be “it’s a small world”, Pirates of the Caribbean, and Expedition Everest at Disney’s Animal Kingdom.

However, Guests are not explicitly given permission to do so, it has more or less just become something Disney expects from its Guest over the years.

Indiana Jones Adventure is a beloved attraction at the Disneyland Resort and a staple for most Guests who visit. The experience takes Guests on an exhilarating and rugged journey through incredible scenes, complete with wind, fire, and snakes. More on the ride below:

Have you noticed that more people are throwing coins at Disney?

Comments Off on Disney Attractions Littered With Items Thrown by Guests