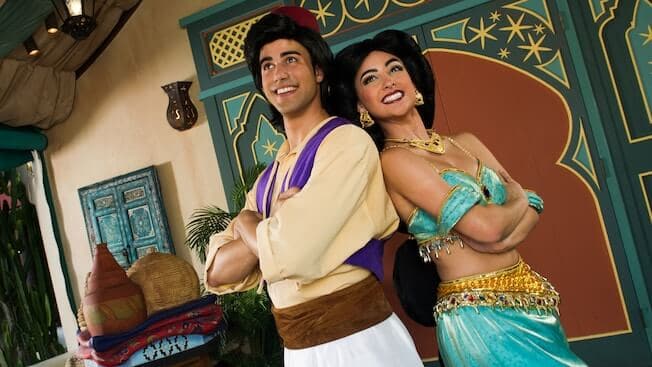 Walt Disney World Resort is The Most Magical Place on Earth, and part of that magic is meeting your favorite Disney characters in real life!

At Magic Kingdom, you can find anyone from Mickey Mouse, to Stitch, to Princess Jasmine! At Disney’s Animal Kingdom, keep an eye out for Pocahontas or Donald Duck. Are you visiting EPCOT? Keep an eye out for your favorite princesses around the World Showcase.  At Disney’s Hollywood Studios, meet your Star Wars favorites.

However, one Walt Disney World fan is frustrated with her character meet-and-greet experiences. June Brooke on TikTok shared a video talking about meeting Disney Princesses:

“It’s making me in a bad mood, actually,” Brooke explains. She goes on to explain that she’s visited Walt Disney World Resort with her family every summer since she was a kid and even worked there as part of a Disney College Program internship.

“I love Disney World, and I love meeting my queens and princesses,” she says in the video. “My problem is when Disney hires someone to be a face character that looks nothing like the face character.”

Particularly, Brooke has been disappointed when meeting Disney Princesses of color:

“If I want to go and walk up to one of my babes, Pocahontas, Mulan, Jasmine, and I walk up, and it’s a white chick standing there, I get mad. I get mad because I don’t care if she has a little bit of a tan, I want to see my queens, and I want them represented.”

“Also, if the character has a really soft face, a round face, I don’t want to see someone with a triangle and sharp features. No. I want my princesses.”