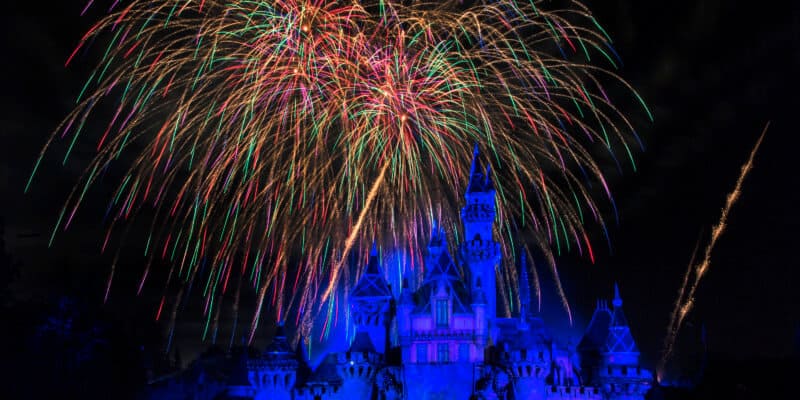 Disney is being called out for pollution some are calling “unhealthy.”

Whether you’re visiting Walt Disney World Resort or Disneyland Resort, one of the most magical portions of the night comes at the very end when Guests gather together to enjoy the Disney fireworks shows.

Whether it be the Disneyland Forever fireworks show at Disneyland Park or Disney Enchantment at Magic Kingdom in Walt Disney World Resort, there’s something magical about joining together with the family to enjoy watching spectacular fireworks light up the night sky.

However, some aren’t exactly thrilled with the nightly use of fireworks at Disney Parks.

The LA Times recently posted Letters to the Editor on the subject of fireworks pollution with the lead story being from Armando Cepeda who calls the pollution from Disney’s nightly fireworks shows “unhealthy.”

For the majority of Southern California, high levels of particulate matter and metal air pollutants due to fireworks are typically just an annual occurrence. But what about those of us who live within a few miles of Disneyland in Anaheim? (“Poor air quality lingering in Los Angeles after July 4 firework shows,” July 5)

We are forced to endure a loud and unhealthy 10-minute fireworks show on a nightly basis during peak season, except for rainy days. I’d like to know what the South Coast Air Quality Management District has to say about the air quality in Anaheim after a Disneyland fireworks show.

The article cites a report from the LA Times in which officials shared that poor air quality was lingering in Los Angeles following the July 4th fireworks shows.

Disney has been working on making its firework shows eco-friendly for nearly two decades now.

While nothing is exactly perfect, Disney has been working to reduce its environmental impact and has done a good job at doing so.

Be Immersed in Disney Magic

Prepare for a most enchanting journey as classic Disneyland locations transform all around you!

A World of Dreams Awaits You

Discover a spectacle like no other as you’re surrounded by a mesmerizing mix of breathtaking pyrotechnics and jaw-dropping visual effects.One minute, you’re standing on Main Street, U.S.A. And the next, you’re transported to the worlds of timeless Disney tales—soaring over London with Peter Pan, stampeding across Simba’s Pride Lands, diving down under the sea with Nemo and friends, or caught up in a swirling snow flurry right out of Frozen!Using all of Main Street, U.S.A. and iconic Disneyland locations like the Matterhorn mountain, Rivers of America and “it’s a small world” as its stage, this showcase takes you on an amazing adventure that proves just how magical The Happiest Place on Earth can be.

A Soundtrack Overflowing with Imagination

Topping off this immersive experience, Disneyland Forever features the song “Live the Magic” and the exit song “Kiss Goodnight,” the latter of which was written by Disney Legend Richard M. Sherman.

Outside of firework shows, Disney also offers many epic nighttime spectaculars. At Disneyland, Disney Park Guests can enjoy the Main Street Electrical Parade and Fantasmic! at Disneyland Park and “World of Color” at Disney California Adventure. Harmonious at EPCOT and Disney Enchantment at Magic Kingdom are currently running and Disney has announced that it will bring Fantasmic! at Disney’s Hollywood Studios back this year, but an official date has not been confirmed as of yet.

What do you think of the fireworks shows at Disney? Let us know in the comments.