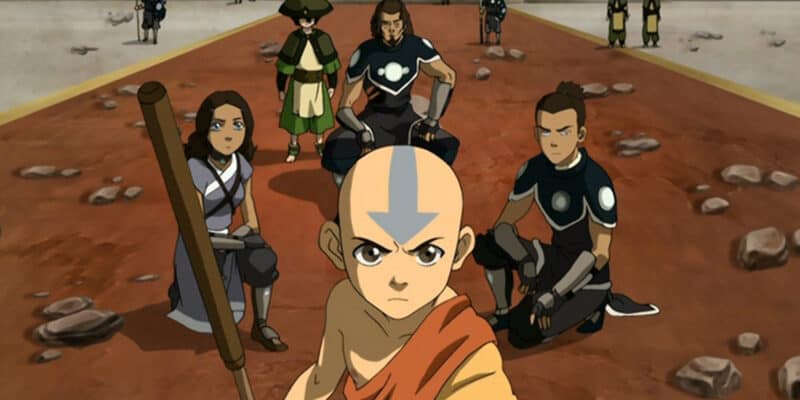 Recently, Avatar Studios, spawned from Disney rival Nickelodeon’s massively popular franchise, Avatar: The Last Airbender (no, not the James Cameron one with the blue aliens) has made an announcement that may threaten Disney’s majority hold on the entertainment industry.

The Avatar franchise started with Michael Dante DiMartino and Bryan Konietzko-helmed anime-influenced original series, Avatar: The Last Airbender, which ran from 2005 to 2008. The Last Airbender (also known as The Legend of Aang in some regions) was aimed at kids, though also had its fair share of adult fans.

Related: “They Lied to Us,” Disney Under Fire For Endangering Children

Avatar received critical acclaim amid explosive popularity back in the early 2000s — even getting a bit of a “second wind” during the COVID-19 pandemic when the series came to Netflix, where it began gaining a whole new audience of adults re-watching the show or even just watching it for the first time — none of whom were daunted by the 4:3 ratio of the original Avatar series.

It was therefore in February last year that Paramount+ announced the Nickelodeon-launched production company Avatar Studios, which would focus on bringing more stories to life set in the Avatar universe — all helmed by the original creators Konietzko and DiMartino:

The launch of Avatar Studios means that the fantastic universe of Avatar: The Last Airbender will expand into new series, short-form content, spin offs, and theatrical films on #ParamountPlus.

The launch of Avatar Studios means that the fantastic universe of Avatar: The Last Airbender will expand into new series, short-form content, spin offs, and theatrical films on #ParamountPlus. pic.twitter.com/NfCsaaI8Bx

Recently, Nickelodeon has announced that Avatar Studios’ film would be focusing on slightly more grown-up, young adult versions of Avatar Aang (Zach Tyler Eisen) and the rest of his “Gaang”, in this video with Janet Varney at San Diego Comic Con (SDCC):

Just got some HUGE NEWS from @janetvarney at our #NickSDCC Avatar: Braving the Elements – LIVE! panel, the first feature-length movie from Avatar Studios will be focusing on Avatar Aang and his friends! 💨💦🍃🔥

Just got some HUGE NEWS from @janetvarney at our #NickSDCC Avatar: Braving the Elements – LIVE! panel, the first feature-length movie from Avatar Studios will be focusing on Avatar Aang and his friends! 💨💦🍃🔥 pic.twitter.com/dsbK1XMCe5

Fans are extremely excited, as previously, Avatar Studios had planned to first produce a feature film following a brand new story with Avatar Kyoshi — a past Avatar in the Avatar’s reincarnation cycle, born from within the Earth Kingdom — yes, the Avatar is essentially the same one soul who can Bend all Four Elements, reincarnated into a different body the moment the previous Avatar dies. But now, it seems like a return to Avatar Aang’s story is on the cards instead.

Konietzko and DiMartino have created one other series in this franchise — Avatar: The Legend of Korra, which followed the exploits of teen-aged Avatar Korra, the Avatar who was born into a rapidly modernizing world, right after Aang died.

What Avatar: The Last Airbender was about, and why their next film could be big

Avatar: The Last Airbender followed the story of war — and a group of kids living in a world inspired by Asian, Native and Inuit mythology and cultures, where “Benders” with the ability to manipulate the four elements of Water, Earth, Fire, and Air to their will walked among the population.

The show featured these kids growing up during war-time between the elemental Four Nations, depicting a grand arc where they ultimately changed the course of the war — after young Waterbender Katara (Mae Whitman) and non-Bender brother Sokka (Jack DeSena) discovered the Last Airbender, Aang, frozen in ice after a hundred years, who was left behind after a genocide of the Air Nomads. Aang turned out to be the Avatar, a being who could Bend all Four Elements, prophesied to bring an end to the Fire Nation’s terrible conquest — but the catch being he was an untrained twelve-year-old.

Fans of Avatar are loyal and numerous, and have been waiting for a long time for new content — and the perfect storm of Avatar’s kid-friendly yet mature themes set in a fantastical world is potent enough to rival the likes of the Harry Potter or even Star Wars franchises.

Now, these kids and teens from the 2000s have grown up — into money-spending adults — and the promise of more animation and world-expansion featuring their beloved childhood favorites returning in the (animated) flesh to the big screen is exactly the sort of nostalgia-focused content that recent Disney “reboots” have explicitly targeted (and tried to make a buck off of). Think Lion King (2019), or Beauty and the Beast (2017) — even recently slated Disney+ offerings The Santa Clauses series this holiday season and the upcoming National Treasure series.

Conversely, though, with this Avatar movie circling the young adult years of its fan-favorite heroes, it could enter a part of the entertainment market Disney has shied away from; that is, the exploration of adolescence. Sure, The Walt Disney Company has delved into this with the likes of Big Hero 6 (2014) and the more recent Turning Red (2022) from Disney and Pixar, but with increasing backlash over its inclusion of growing-up themes and storylines — the highly-debated period scene in Turning Red, for example — Avatar Studios will likely tap into this unchartered gap, in part created by the studio with the biggest market share, in movie animation.

It’s very possible that Avatar Studios and this new film could get big — maybe even raining on Disney’s parade enough to prompt a similar “All Grown Up” attempt with one of their own classic series?

We’ll just have to wait and see.

What do you think of this Avatar Studios announcement? Are you excited to watch the new movie featuring Avatar Aang and his friends? Share your thoughts below in the comments!