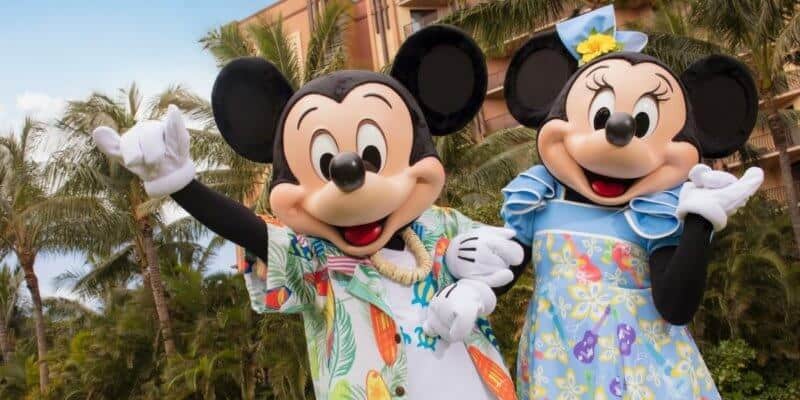 The Walt Disney Company has just announced that one of its Resort’s restaurant locations will reopen this fall, with a newly-reimagined look and a dinner-only service.

In addition to theme park Resorts like Walt Disney World Resort and Disneyland Resort in the United States, Disneyland Paris in Europe, and Shanghai Disney Resort, Tokyo Disney Resort, and Hong Kong Disneyland in Asia, Disney also owns and operates a plethora of other vacation destinations and experiences such as Aulani, A Disney Resort & Spa, and the six-continent-spanning Adventures by Disney.

When it comes to places like Aulani, A Disney Resort & Spa, Guests can enjoy the beachside Resort hotel at the Ko Olina Resort in Kapolei, Hawaii on the island of Oahu. Aulani is similar to other hotel Resorts like Disney’s Hilton Head Island Resort and Disney’s Vero Beach Resort in the way the hotel operates without a nearby Disney Park.

Led by Walt Disney Imagineering’s Joe Rohde, Aulani, A Disney Resort & Spa is home to 351 rooms, 481 Disney Vacation Club villas, water slides Volcanic Vertical, and Tubestone Curl, as well as restaurants like Makahiki — The Bounty of the Islands, Off the Hook, and ‘AMA ‘AMA.

When it reopens in the fall of this year, ‘AMA ‘AMA at the Disney Resort spa will now only provide a signature dinner service only.

Soon to be unveiled, ʻAMA ʻAMA will feature a new, upscale dinner-only menu backed by a dynamic culinary team that invigorates each locally-inspired dish, cocktail, wine, and dessert with the Disney service and attention to detail guests have come to know and love at Aulani Resort.

Disney also gives an update on what the newly-reimagined restaurant will look like when it reopens to Guests this fall:

New light fixtures inspired by traditional Hawaiian fish baskets and an alluring central light fixture composed of fin-like elements that swim above the entrance, enhance the connection between the restaurant and its namesake, the ‘ama‘ama fish –historically the most abundant and vital fish of Hawai‘i.

Much like the rest of the Disney Parks division including other Signature Experiences and the Disney Cruise Line, Aulani, A Disney Resort & Spa is also home to a variety of Disney characters including Mickey Mouse, Minnie Mouse, Donald Duck, Pluto, Goofy, Daisy Duck, Chip ‘n Dale, Duffy, and Shellie May. Guests may also bump into Stitch and Moana too while on their Disney vacation.

Aulani, A Disney Resort & Spa is described as:

Walt Disney Imagineers worked hand in hand with local artisans and cultural experts to create Aulani, A Disney Resort & Spa. Inspired by the natural wonders and rich traditions of Hawai‘i, Aulani Resort is the ultimate family getaway—celebrating the beauty, history and welcoming spirit of the island.

Have you ever visited Aulani? Let us know in the comments down below!