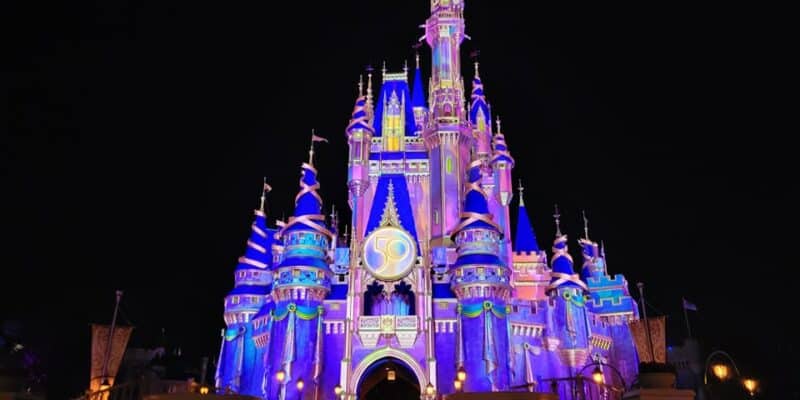 Many Disney fans had forgotten this attraction was even still around.

When heading to Magic Kingdom, there is so much to see and experience for Disney Park Guests.

From riding the iconic attractions like Haunted Mansion, Pirates of the Caribbean, Jungle Cruise, “it’s a small world”, Space Mountain, Splash Mountain, and Big Thunder Mountain Railroad to taking in the unique sights and sounds of the nighttime spectacular Disney Enchantment at Cinderella Castle and everything in between, there’s so much to enjoy.

As Walt Disney World Resort Guests make their way around Tomorrowland, Frontierland, Adventureland, and Fantasyland, it seems there is one experience that many fans have admittedly forgotten was still around at Magic Kingdom. A viral TikTok trend, however, seems to have brought the attraction back to life.

Of course, we’re talking about the Sword in the Stone Monument.

While the monument has seemingly been abandoned by many, there have been numerous TikTok videos as of late showing Guests attempting to pull the sword from the stone.

One TikToker, in particular, has attempted to pull the sword from the stone nearly every day.

User @jojochrichton has shared numerous videos of him attempting to pull the sword from the stone and recently shared a video of his friend achieving the feat.

Now, it seems there are many more Disney Park Guests who are interested in trying their hand at the feat.

JoJo shared a video of the line at Magic Kingdom on TikTok.

As you can see, there is now a long queue as Guests have lined up to attempt to pull the sword from the stone. The user even jokes that the monument may have to be put on Disney Genie+ and Lightning Lane so that they can save time and not wait in the traditional standby line.

Back in 2020, a Disneyland Resort Guest actually ripped the sword from the stone. Luckily Disney was able to refurbish it and replace the sword so that other Guests can attempt to lift the sword and be deemed King of Fantasyland.

Have you ever tried out the Sword in the Stone monument? Let us know in the comments!