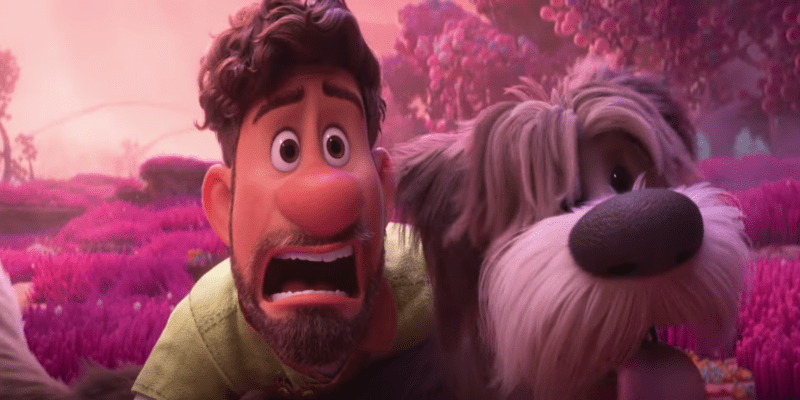 This week, Disney fans got the first teaser trailer for Strange World, starring Jake Gyllenhaal, coming to theaters this November.

Fans were immediately excited about the film, which will take Disney Animation Studios into the sci-fi realm following Pixar’s Lightyear, which features Chris Evans playing the real astronaut that inspired the Buzz Lightyear toy portrayed by Tim Allen.

Notably, Strange World joins Encanto (2021) as one of the first Disney films to make its way to movie theaters during the ongoing COVID-19 pandemic and the switch to Disney+ exclusive releases.

Unfortunately, French Disney fans will not have the opportunity to see Strange World in theaters. The film will head straight to Disney+ in France.

Netflix was able to negotiate down to a 15-month waiting period by vowing to invest $45M in local cinema, but Disney has opted to bypass the law altogether.

“Strange World will be available to all Disney+ subscribers in France, foregoing a French cinematic release. While we support French cinema — and have for decades — the new, cumbersome media chronology is anti-consumer, ignoring how behavior has evolved over the last several years and puts us at increased risk for piracy. We will continue to make decisions on a film-by-film basis and according to each market’s unique conditions.”

For now, Strange World is the only Disney film forgoing French theatrical release, but the statement leaves room for The Walt Disney Company to continue to bypass these laws in the future.

According to Variety, this is a “major blow” for French cinemas:

Even before the pandemic, in 2019, Hollywood movies broke a 10-year record by accounting for 59% of all theatrical admissions in the country, with Disney alone representing a 23.4% market share of the B.O. with six movies.

Paramount+ will launch in France later this year, and HBO Max will be available in the country in 2023. Marti and other French cinema experts are concerned Disney’s decision could “snowball” and cause disaster if other major film studios follow suit.

French Disney fans might have to sign up for Disney+ if they hope to see Disney’s newest releases moving forward, though the decision currently only affects Strange World.

Directed by Don Hall and written by Qui Nguyen, the bizarre and wonderful Strange World will take Disney fans into the world of the legendary Clades, “a family of explorers whose differences threatened to topple their latest and most crucial mission,” according to IMDB.

Are you going to see Strange World this November? Let us know in the comments.