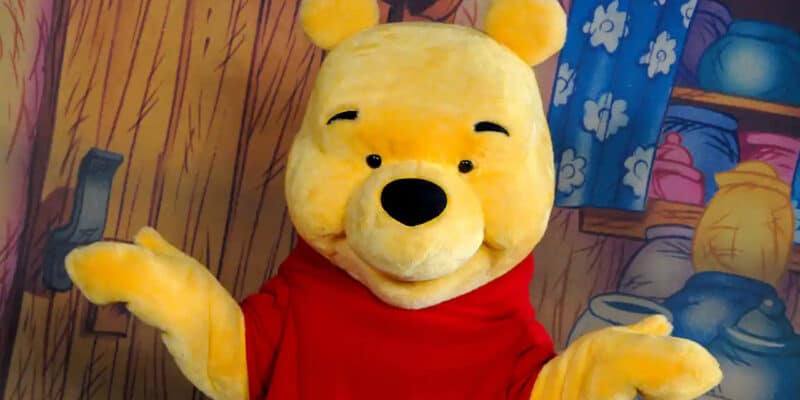 The Cincinnati Art Museum is a nationally acclaimed institution that regularly features touring exhibits and limited-time installments in addition to its impressive permanent collection.

Recently, the museum came under fire, however, for one particular painting — a piece that featured A.A. Milne’s classic character, Piglet, murdering Winnie the Pooh while Rabbit, Eeyore, and Tigger look on with a protest sign that reads “Off the Pig.”

Controversy is rising around this painting hanging in the Cincinnati Art Museum. At 10pm @FOX19 will share why at least one police officer wants the painting removed

Controversy is rising around this painting hanging in the Cincinnati Art Museum. At 10pm @FOX19 will share why at least one police officer wants the painting removed pic.twitter.com/lVGkRGZbie

Related: You Can Visit the Real Hundred Acre Wood — And It’s Magical

The controversial painting has sparked anger and outrage as many, including law enforcement, are calling for the painting to be removed from the museum, according to WLWT.

“It absolutely is mind-blowing to me that we’re there. That we’re there in society, that that can be seen as artwork. It makes no sense,” Cincinnati Fraternal Order of Police President Dan Hils said.”So it’s saying cops are murderers, which I know is a total fabrication and a total lie.”

Related: Adorable Puppy Looks Like a Real-Life Piglet From ‘Winnie the Pooh’

The divisive painting, which was part of a larger collection called “Black and Brown Faces: Paying Homage To,” finally came down on June 19. It is worth noting, though, that this was the exhibit’s scheduled end date and calls for the divisive painting to be removed from the museum early were disregarded.

WLWT noted that, instead of having the painting taken down, Cincinnati Art Museum officials “posted a sign outside the front doors saying its staff was not involved in the art selection for this particular exhibition.” The installment was organized by Paloozanoire.

In addition to the recent Winnie the Pooh controversy in Cincinnati, the character is set to be the subject of a “violent, R-rated” film in the near future — a move that has also divided fans of the Disney-owned franchise.

Winnie the Pooh In Disney Parks

Disney fans can enjoy Winnie the Pooh characters at Disney Parks around the globe, including the popular Crystal Palace character breakfast, which is currently unavailable.

Walt Disney World Resort in Florida and Disneyland Resort in California both also feature The Many Adventures of Winnie the Pooh dark ride.

Should the museum have removed this controversial Winnie the Pooh-inspired painting sooner?