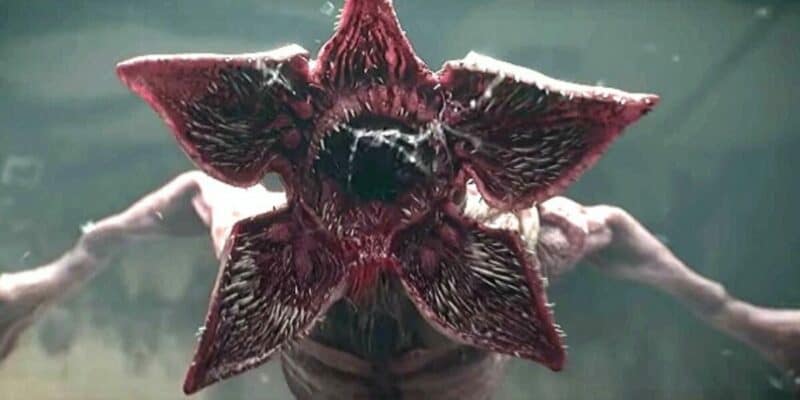 With the release of the fourth season of Stranger Things, Netflix decided to collaborate to set up exhibits across the country and even a couple of international exhibitions and pop-up stores themed to the top-rated series.

Part of these themed pop-up stores included a collaboration with Oxxo, a chain of convenience stores in Mexico, setting up several locations across the country’s most important cities.

Stranger Things fans quickly ran to experience a taste of The Upside Down at some of these locations and take advantage of the several photo ops, including massive Demogorgon statues, an abandoned Sabritas truck, the Mexican version of the  Frito-Lay brand, covered in posters of “the most flaming hot fight in history” between El Santo, a famous Mexican luchador, and the Demogorgon.

TikTok creator Rafa Méndez (@soy_ramm) posted a video of his local themed Oxxo store, showcasing what visitors could find when they visited and giving a quick look into the photo ops at that location.

How many Stranger Things fans do we have over here? #StrangerThings #Netflix #Oxxo @OXXO

While this exhibit was certainly exciting for fans of the series, the joy wouldn’t last long, as three days after this video was posted, the massive Demogorgon statue was stolen from the pop-up. Rafa posted a follow-up video saying that the creature would probably not return to the location unless the Demogorgon had escaped or traveled back to The Upside Down. He also commented on many of the posters being ripped from the truck and stolen, saying it was disappointing to see people in Mexico behaving that way.

You can see that video down below or click here to watch it.

The official Netflix Latin America Twitter account tried to take the situation with humor, tweeting, “I had placed a Demogorgon here,” referencing a local meme.

The Demogorgon creatures at other locations have not suffered from the same fate, and fans hope they remain like that.

Netflix isn’t holding back anything for Stranger Things 4:

Showrunners Ross Duffer and Matt Duffer will return to helm the series.

The upcoming fourth season of the American science fiction horror drama television series Stranger Things, titled Stranger Things 4, is scheduled to be released worldwide exclusively via Netflix’s streaming service in two volumes, with the first volume scheduled to release on May 27, 2022, and the second volume scheduled to be released five weeks later on July 1, 2022. The fourth season will have nine episodes and has continued to be produced by the show’s creators the Duffer Brothers, along with Shawn Levy, Dan Cohen, and Iain Paterson.

Stranger Things 4’s Volume One releases on May 27, 2022, with Volume Two debuting on July 1, 2022. It’s reported that each volume will consist of four episodes.

What do you think of this shameful situation? Let us know in the comments below!