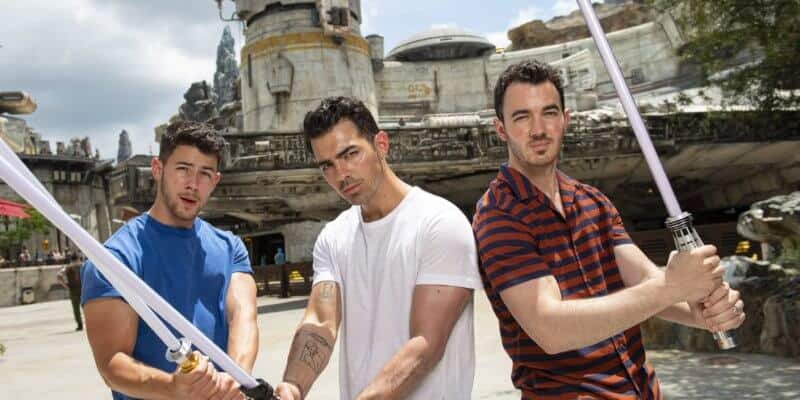 The Jonas Brothers might not necessarily agree on everything after their run with Disney.

It’s been a little over three years since the Jonas Brothers reunited to bring fans the beloved Happiness Begins album. The three brothers– Nick Jonas, Kevin Jonas, and Joe Jonas– had not played together as an officially formed band since they dissolved the band in 2013 following differences that absolutely shocked the world.

When they returned six years later, it was clear that they were back to having fun and it showed as the album, which featured songs like “Sucker,” “Only Human,” “Cool,” and “Rollercoaster,” won major awards and was one of the top-selling albums of the year in the U.S.

In the documentary about their return to touring that was released in 2019, Nick Jonas noted that the Disney Channel show Jonas: L.A. was a “big regret” for him and that it “stunted the band’s growth.”

“It was a big regret,” Nick, the husband of Priyanka Chopra said in the documentary. “We shouldn’t have done that. It really stunted our growth. I feel like it was just a bad move. It was just not the time. Literally, we couldn’t evolve because of it.”

However, now nearly three years after those comments from Nick were made, it seems another Jonas Brother disagrees. Hooked up to a Vanity Fair lie detector test, Joes Jonas admitted that he didn’t hate the show.

Since the Happiness Begins Tour ended, the Jonas Brothers have released some singles like “What a Man Gotta Do,” “Like It’s Christmas,” and “Leave Before You Love Me,” but have yet to release another studio album. Joe Jonas even began writing music with his former band DNCE.

While many fans have wondered what might be next for the Jonas Brothers, it seems that the group is working on another album and could even begin touring again in the future.

“We’re working on new music for sure,” Nick Jonas recently said. “I can tell you I think it’s my favorite stuff we’ve ever done. It’s basically an evolution of the sound in a way I think is really natural for us and feels like a great next step.”

What did you think of the Disney Channel show Jonas: L.A.? Let us know in the comments!